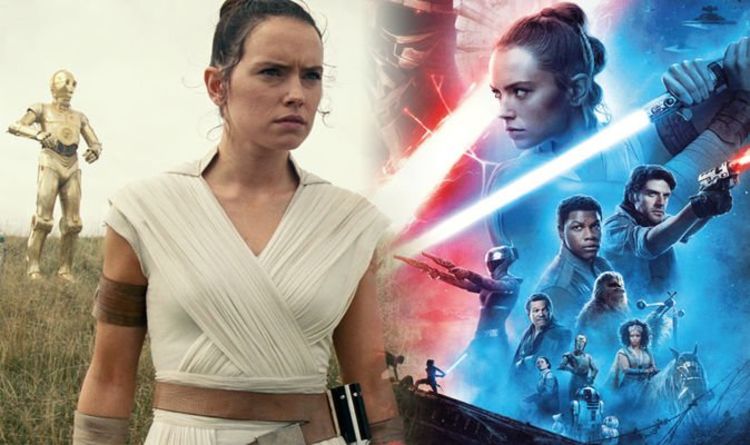 Star Wars favourite Anthony Daniels is best known for being one of the original cast members and a staple part of the Resistance: lovable droid C-3PO.

The landscape of the galaxy far, far away could’ve been very different, however, had he got his way and dodged the part in the “low budget” original movie.

“I was insulted to be offered the part, or to discuss the part of a robot in a low budget science fiction film.”

Thankfully, the actor’s agent encouraged him to meet with Lucas to discuss the opportunity: “My agent made me go, and here I am today.

“I am now a heritage player,” Daniels added. “I have to get this right, because I keep calling us heirloom players, which I’m told is a type of vegetable, or tomato.

“So there you go. It is odd to be the observer, against my will originally, but now with amazement,” he said.

Daniels will be back as the fan favourite droid in the upcoming finale to the latest Star Wars trilogy, The Rise of Skywalker.

However, fans fear C-3PO’s demise may be approaching due to clues gleaned from the trailers.

In the recently released final trailer, which was unveiled during ESPN’s Monday Night Football earlier this month, one moment in particular pointed to the fact he might die in the new movie.

The shot in question showed Rey’s (played by Daisy Ridley) gang reunited, with Poe Cameron (Oscar Isaac) asking C-3PO: “What are you doing there, 3PO?”

Could Daniels’ long-standing character meet his end this time around, giving himself up in order to help the Resistance in their fight against Palpatine (Ian McDiarmid)?

C-3PO’s emotional comment to his friends looks to be a find farewell and could hint at a permanent exit for the droid.

Though details about the storyline have been kept tightly under wraps, the final trailer seems to have given fans plenty to digest when it comes to speculating about how the tale could come to a conclusion, with looks at Carrie Fisher’s archive footage appearance as Princess Leia, a possible glimpse of Palpatine and, as previously noted, what appears to be the Sith dagg

Elsewhere, they are already getting teasers about more exciting Star Wars content to come with the launch of Disney+.

Ewan McGregor was recently confirmed to reprise his role as Obi-Wan Kenobi in a standalone spin-off series about the Jedi, slated to arrive on the streaming service next year.

Although the name and release date have yet to be announced, the events of the series has been confirmed to fall between Episodes Three and Four.

In an interview with Comingsoon.com, McGregor revealed the show had originally been intended as a solo movie before Disney reevaluated the situation.

“It wasn’t always going to be a series, not initially,” he said. “When we first started talking about [it], that wasn’t really on the cards but everything’s changed so much, so quickly.”

Star Wars: The Rise of Skywalker is released in UK cinemas December 19.