Star Wars The Rise of Skywalker: Finn star confirms what... 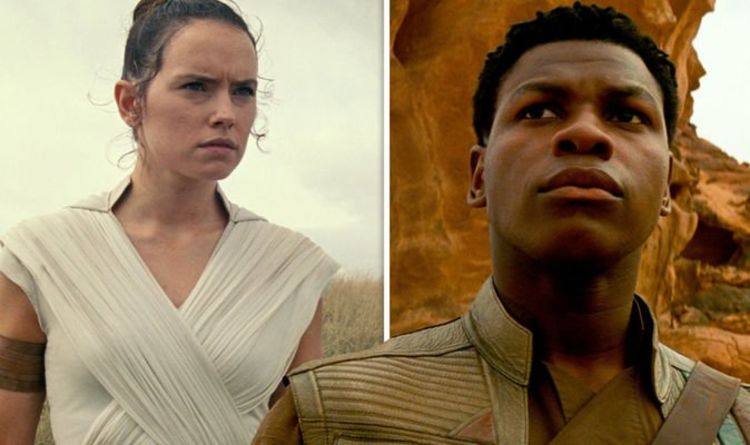 Star Wars fans are divided over The Rise of Skywalker, which was released in cinemas last week. Among all the points up for debate, there’s one moment which has become the focus for much of the fandom. Watch out, spoilers ahead…

With Rey on the trail of Emperor Palpatine (Ian McDiarmid), they wound up in a spot of bother on Jakku when they stumbled into the Sinking Fields.

With the group unaware that they would survive the ordeal, falling through the rippling sand into mysterious tunnels below, emotions ran high for a split second, with Finn trying to tell Rey something he never got to say before.

But, when they survived, Finn later ignored questions about what he wanted to tell her.

The moment prompted many fans to speculate that he was about to tell Rey he loved her, but now John Boyega has dismissed these rumours.

Taking to Twitter, the Sta r Wars actor told his 1.5 million followers in no uncertain terms: “No… Finn wasn’t going to say I love you before sinking!”

Boyega also retweeted a fan who commented: “He was about to say, I don’t like sand. It’s course, and rough, and irritating, and it gets everywhere.”

If Finn wasn’t trying to reveal his feelings for Rey though, what was he trying to say?

According to a Star Wars fan who attended a screening with a Q&A with JJ Abrams at the weekend, the director has unveiled what Finn actually wanted to tell Rey.

An account under the name Kaila Ren shared a snap of the panel, saying: “I had the privilege of attending the Academy screening of #TheRiseofSkywalker today and JJ confirmed that what Finn wanted to tell Rey was that he’s Force sensitive!