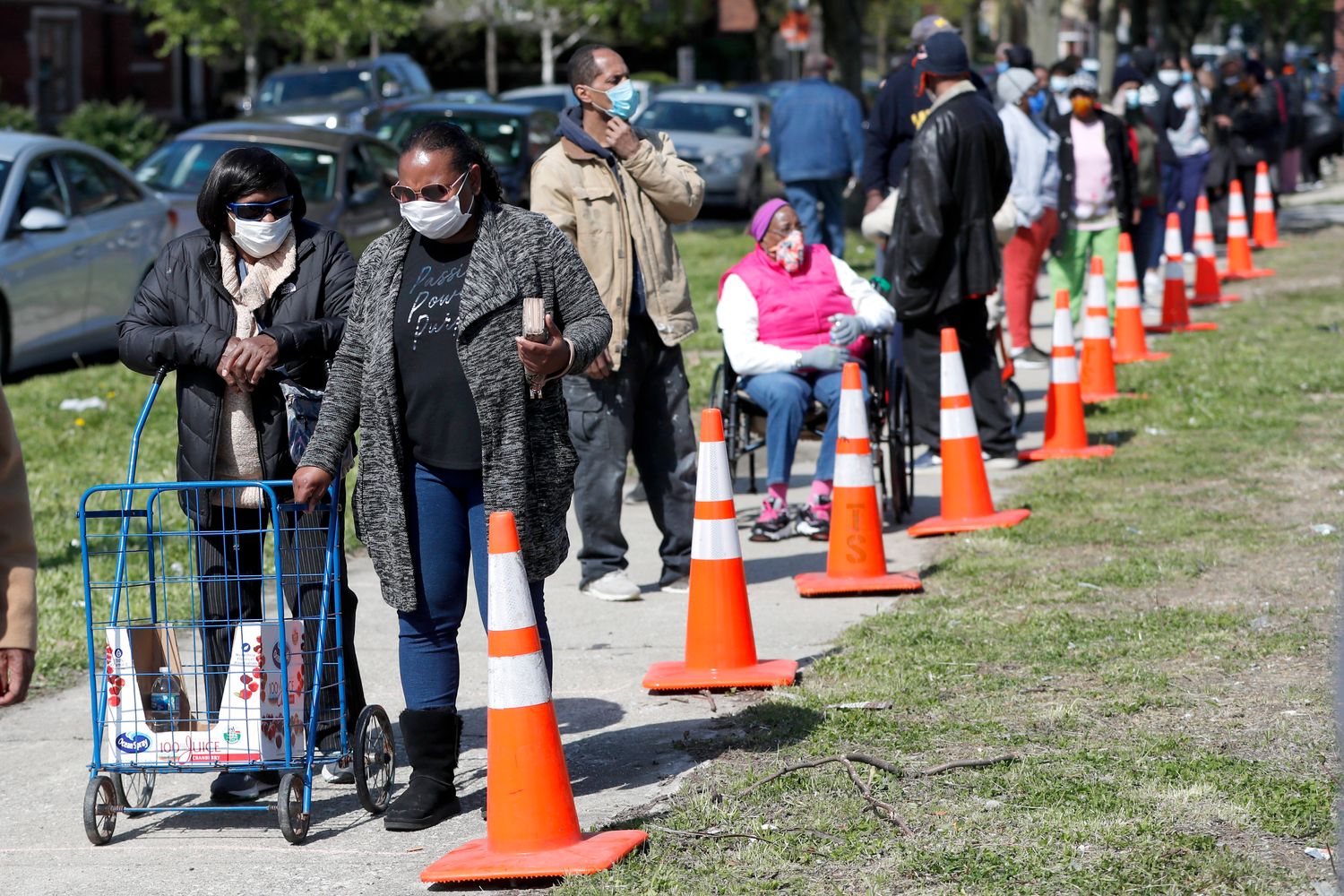 The last time the government formally measured food insecurity nationally was in 2018. At that time, about 25 percent of Black households with children were food insecure. Today, the rate is about 39 percent, according to the latest analysis by the Northwestern economists, which is set to be published this week. For Hispanic households with kids, the rate was nearly 17 percent in 2018. Today, it is nearly 37 percent.

The rate for white households with children is significantly lower at 22 percent. Still, that is more than double what it was before the pandemic and much higher than it’s been since the government began measuring food insecurity two decades ago.

When the earliest food insecurity estimates for children came out, about six weeks into the pandemic, the numbers were so high that anti-hunger advocates and some economists thought they had to be wrong. But the early numbers have since been backed up by other national surveys.

In late April, one large national survey found that more than 17 percent of mothers reported that their children under the age of 12 were not getting enough to eat because the family couldn’t afford enough food — a 400 percent increase from the government’s last estimate in 2018.

Asking specifically whether children in the household are getting enough to eat, rather than asking generally about access to food for the household, is an important distinction. Even in food insecure households, adults tend to shield children from going without food by skipping meals themselves or making other sacrifices. That can make it difficult to suss out the direct effects of economic woes on young people.

But a few weeks ago, the Census Bureau added a specific question to its weekly survey to ask whether children in the household were “not eating enough” because the family couldn’t afford enough food in the past week.

As the results have been released, the numbers are alarmingly consistent: About 16 percent of households with kids were reporting that children were not eating enough in the previous week, according to an analysis by the Brookings Institution’s Hamilton Project to be released this week.

The racial disparities are stark, with 29 percent of Black households and 24 percent of Hispanic households reporting that children were not eating enough, compared with 9 percent of white households, according to the forthcoming report. For all groups, those levels are extremely high compared with before the pandemic.

Also known as hypertension, high blood pressure increases a person's risk of cardiovascular diseases. However, you can lower your reading. Here's how. The Heart Research...
Read more
Health

How to live longer: This diet trick could boost your life expectancy

Food fuels your body, so it makes sense that what you feed yourself will impact your overall general health. Yet, here's one diet tip...
Read more
Health