States weigh workers’ comp for frontline workers against the cost 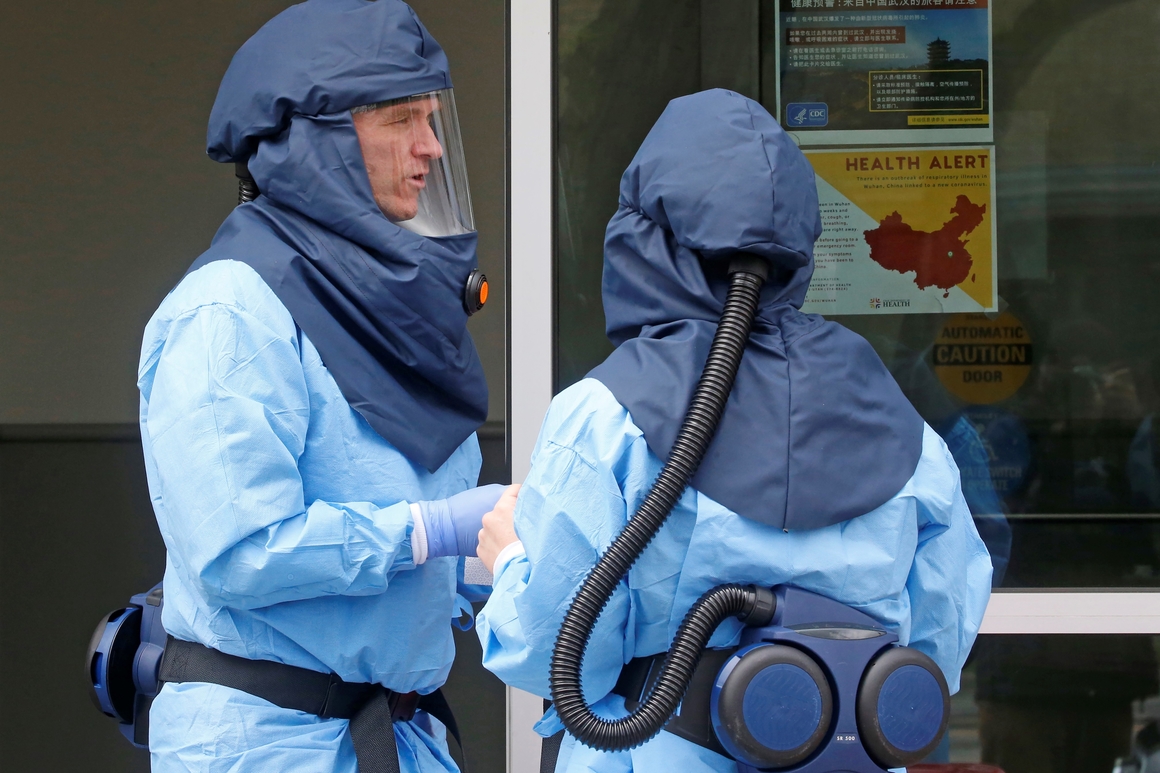 At least five smaller states have made it easier for high-risk workers such as doctors, nurses and firefighters to claim workers’ compensation benefits. But broad proposals have run into fierce headwinds in populous, high-cost states like Illinois, California and New York, where businesses and public employers alike warn such changes could thrust them into bankruptcy or force them to slash public services when they’re already teetering financially.

It marks the latest battleground for labor unions and business groups trying to balance the financial and health risks of coronavirus with the need to provide essential services.

Proponents led by the AFL-CIO are urging states to apply the same standard to all essential workers exposed to Covid-19, whether they bag groceries, tend to patients or pick fruit while the rest of workforce remains in the relative safety of their own homes.

“Otherwise, who is going to be put in the position of deciding who shouldn’t be covered?” Mario Cilento, president of the New York State AFL-CIO. “Who is going to decide whose life doesn’t matter? Which employees are we now going to tell to stay home because if they die, their family won’t be compensated and it’s simply not worth the risk.”

Many workers with Covid-19 may already be eligible for workers’ compensation benefits, but only if they can prove they contracted the disease at work — a challenge, given its community spread and asymptomic presence. The changes in question would make it so that certain workers who test positive for Covid-19 no longer have to prove that they were exposed on the job. The claims process would start with that "presumption," as it is formally called; it would be up to employers or insurers to prove otherwise.

Insurers and business groups argue that workers will be able to receive benefits without changing the current system — particularly if they work in a facility that has had an outbreak. "We’re going to take a pretty liberal approach to how we evaluate these claims," said Jerry Azevedo, a spokesperson for the Workers Compensation Action Network, which represents California employers. "We don’t see the evidence that that standard needs to change in order for claims to be accepted."

Labor advocates, however, say they are already hearing reports of claims denied because workers with Covid-19 couldn’t provide sufficient proof that they were exposed on the job.

“We have heard over and over again that without a presumption it’s almost impossible to get these claims approved,” said Mitch Steiger, a lobbyist for the California Labor Federation.

Stephanie Roberson, a lobbyist for the California Nurses Association, said she recently learned of two nurses who were denied benefits after becoming sickened with Covid-19. In one case, she said, the hospital said that the nurse must have been exposed in the community; in the other, that the nurse was unlikely to have contracted the disease at work because protective gear was available, she said.

“Obviously hospitals are breeding grounds for this disease,” Roberson said. "It’s pretty clear this sector needs to be included in the presumption of eligibility, period."

Nurses are more likely to win these policy battles than those who don’t work directly with Covid-positive patients. Roberson’s union is co-sponsoring a California bill that, as written, would apply primarily to nurses, law enforcement, firefighters and other first responders.

But in the state of Kentucky, home of Senate Majority Leader Mitch McConnell, grocery store workers, mail carriers, essential child care providers and others will also have an easier time getting benefits if they test positive and a doctor directs them to stay home from work. Kentucky’s new governor, Democrat Andy Beshear, this month made the change by executive order to last until the state of emergency is lifted.

Minnesota’s legislature passed a bill extending the presumption to those caring for the children of frontline workers, along with nursing home employees, nurses, correctional officers and first responders. It was “a stretch” to add child care providers to the list, but part of a compromise between business and labor, said the state’s chamber of commerce president, Doug Loon, who serves on an advisory panel and was involved in the negotiations.

“Usually, here in Minnesota, we’d get together in a room and look each other in the eye,” Loon said. “In a Covid environment, we were negotiating over email. It’s a different animal, so it’s hard to tell you exactly where things were coming from.”

Loon said the state is looking for ways to shoulder some of the increased costs, possibly with federal relief funding, so that insurance premiums don’t skyrocket for hospitals and businesses.

In New Jersey, Senate President Steve Sweeney is working on legislation that would expand access to workers’ compensation for essential workers who contract coronavirus. The bill would cover workers in the public and private sectors, and would be retroactive to early March. It also would prohibit employers from charging that employee for paid leave.

“Health care professionals, public safety officials, grocery store clerks, pharmacy staff and other essential workers who contract the virus, are exposed to anyone infected, or need to be quarantined should be entitled to full workers’ benefits,” Sweeney said.

But employers are making their case to state leaders and judges that expanding benefits that broadly will only hinder their economic recovery and could bankrupt some insurers.

And an executive order that California Gov. Gavin Newsom was said to be considering for a broad swath of workers prompted outcries from business groups, insurers and even cities and school districts. The order has yet to materialize, though a new bill announced Tuesday would cover millions of workers deemed "essential" during the emergency stay-at-home order.

In New York, the AFL-CIO was working to get a similar proposal into New York’s state budget, which was signed earlier this month, but was unsuccessful. They say the bill is still a top priority, although there is no clear deadline on how and when the Legislature will resume voting on a backlog of bills this year.

The Business Council, an organization of business leaders in New York state, sent an urgent memo to lawmakers in March saying the cost of the proposal is “incalculable” and would likely bankrupt the state insurance fund, as well as some commercial carriers.

“If you contemplate that between 60 and 80 percent of New Yorkers are going to get Covid, you’re seeing millions of people who would qualify,” Lev Ginsburg, the council’s director of government affairs, said about the proposed budget language. “That’s like creating a life insurance policy for almost anyone who has a job, on the backs of their employers, for an illness that their employers have nothing to do with.”

Anna Gronewold contributed to this story.