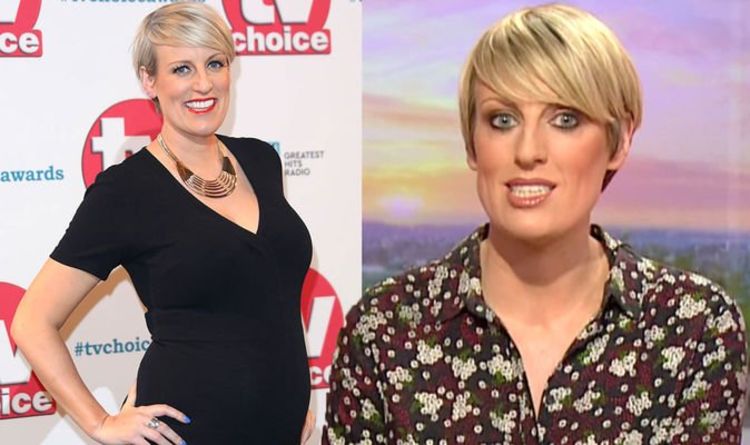 Steph McGovern and her partner welcomed their first child into the world back in November, which she confirmed just days later on Twitter. The BBC Breakfast host has now revealed a very “cute” moment she witnessed involved her baby and her mother.

The 37-year-old documented a tender moment between the pair in view her 388,000 followers, while referencing her hometown’s much-loved football team.

She tweeted: “Watching my mam sing @The_Proclaimers to my baby is one of the cutest things I’ve ever seen.

“She’s already taught her a load of @boro songs (swearing excluded) so The Proclaimers was an obvious next step. #UTB.”

Steph is yet to reveal many details about her little one, including her name, while she has not shared any pictures.

READ MORE: Steph McGovern in BBC Breakfast post ‘Those were the days’

She initially took to the micro-blogging site to announce her daughter’s birth two months ago.

The broadcaster stated: “Well hello world, just surfaced to let you know that we now have a daughter!

“Born on Monday morning just as @BBCBreakfast was wrapping up. We’re all fine and dandy. Just getting used to the eau de sick/poo I am now regularly wearing. #babylife.”

Meanwhile, Steph gave an important update after temporarily leaving “baby land” after her first Christmas as a family of three.

Three years ago Victoria went into premature labour at work 300 miles from home, which led to an “intensely scary period of time”.

She went on: “[It was] made bearable by the compassion & professionalism of NHS workers & the guidance and support of @blisscharity. I would have been lost without them.

“… In the third trimester of a difficult pregnancy now, I’m more grateful than ever for their dedication and kindness.”