Steph McGovern: Channel 4 star on what she was asked... 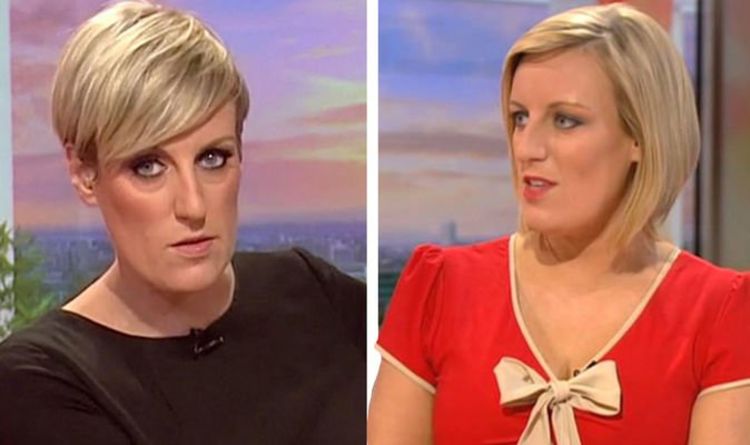 Steph McGovern 37, rose to fame with the BBC and has worked across the board – from radio to TV and behind the scenes in production. But the flamboyant Yorkshire lass revealed that once she joined BBC Breakfast in 2010, she was asked to “tone down” her clothing choices before heading on-screen.

The mum-of-one presented the business segment and occasionally stood in to co-host the entire show throughout her time at the news program.

But she admitted that on her first day, Alison Ford, the head of Breakfast at the time who sadly died from breast cancer in 2013, pulled her to the side and discreetly asked her to change her outfit.

In an interview with The Telegraph’s Stella Magazine, Steph recalled arriving on her first day in a “lairy” brightly coloured dress and heels.

“I turned up in a bright Topshop dress with big New Look heels, and was taken to one side by Alison and asked just to take it down a notch or two,” she admitted.

“I guess a lairy outfit combined with my accent would have meant I’d have been hard to take seriously.”

But the Middlesborough presenter explained she wasn’t asked to alter her accent in any way, just her choice of outfits.

READ MORE: Steph McGovern speaks out as Have I Got News For You divides fans

“I do love clothes and even though most people think presenters have a big wardrobe to choose from, you actually wear your own clothes.”

Speaking about her sexuality in relation to the media industry, she said her confidence comes from her Northern upbringing, and insists it’s never been an issue.

“Strangely enough, I think I’m defined more by my accent than my sexuality. And I’ve found people very warm and accepting,” she explained.

“As soon as you become a presenter on BBC Breakfast you become part of people’s lives. They think they know you and just come up and talk. Very few even mention my sexuality, although I do get a few women saying they want to thank me because I’ve given them the strength to come out as gay.

With a bunch of famous faces appearing via Skype, she provides viewers with a much needed dose daily of humour, accompanied by real issues that affect people everywhere.

Fans praised her efforts on social media, applauding the innovation for recording the entire show in her front room and for the “inspiring” content.

But working from home isn’t such a problem for the presenter, as she gets to spend more time with her new baby.

Steph shares a five-month-old baby daughter with her media exec girlfriend, but keeps her personal life very private and out of the spotlight.

So much so, she is typically forthright about her decision never to give their names or discuss them.

“I work in the media, I know the importance of keeping certain things private,” she told Stella mag.