Steph McGovern gives rare insight into home as she addresses... 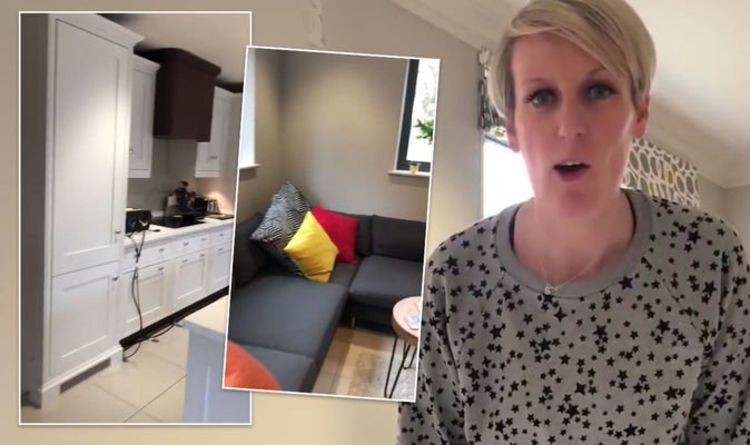 TV presenter Steph McGovern spoke of her nerves online last night, ahead of the launch of her brand new self-titled Channel 4 show which will air a little earlier than planned.

The former BBC Breakfast star will present The Steph Show live from her house later today with the use of robotic cameras, as she self-isolates at home due to the coronavirus pandemic.

Five days ago Steph announced: “Bit of a (MASSIVE) change of plan. We are launching #TheStephShow NEXT WEEK. LIVE from MY front room. Join me weekdays 12-1pm LIVE @channel4.”

The new mum, who welcomed her first child into the world in November, gave viewers a tour of her open-plan living room and kitchen online yesterday, in some behind-the-scenes footage.

Yesterday, the 37-year-old told her 394,000 Twitter followers she was “proper nervous,” following a run through of the live show.

Alongside her post, she shared a short video which gave fans a behind-the-scenes look at her modern home and the set-up for the show.

The host pointed out several robotic cameras, which were placed around her living space in order to air the new programme.

Speaking directly to the camera, Steph said: “Hello, so we’ve just done a rehearsal of The Steph Show, which is going to be on Channel 4 tomorrow live from my actual house.”

Spinning her phone around to give fans a closer look, she added: “So this is it. This is the room I’m going to be in, on my own, with just some robotic cameras to keep me company and hopefully you at home.

“But I just want to show you round quickly so you can see how we are doing it, because we have to do it as safely as we can.”

The mum-of-one continued: “So this is the living area, a lot tidier than it normally looks.

“There’s one of the cameras [above the TV]. Various points around the kitchen are cameras that I am going to be talking to, so yeah, fingers crossed it all works.”

“So hopefully, you’ll be seeing me tomorrow, live from here at midday on Channel 4 for the Steph Show,” she signed off.