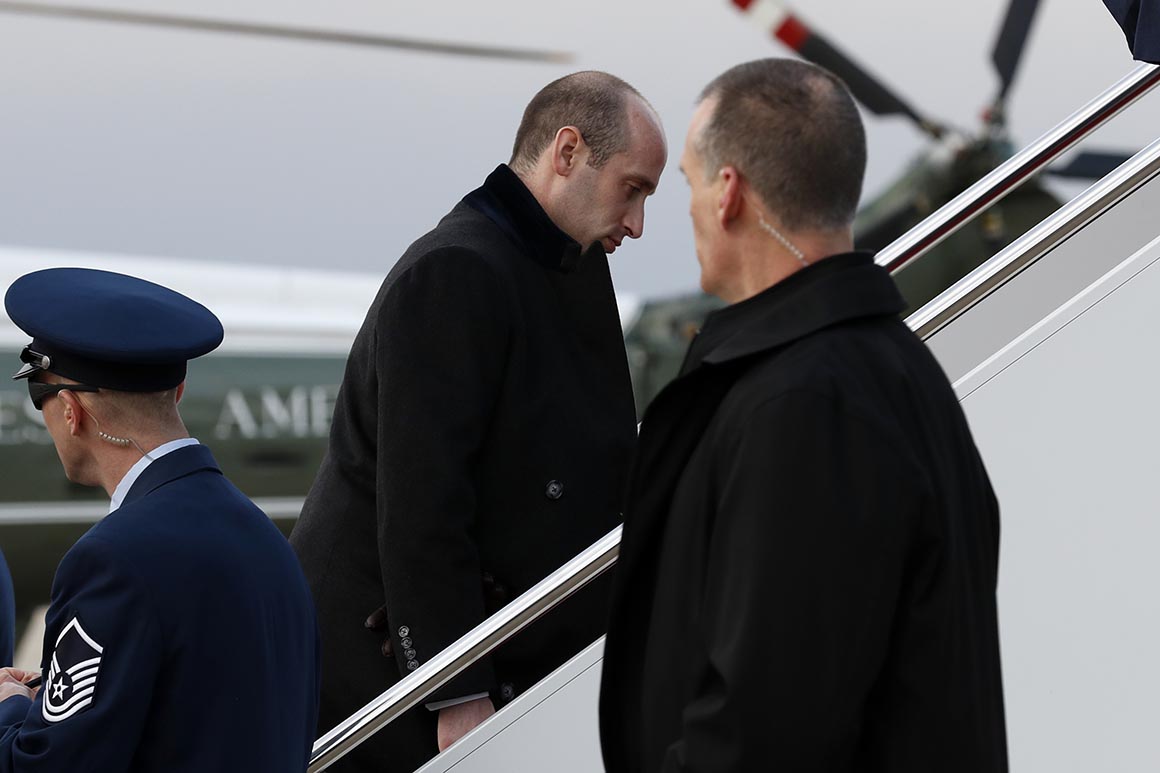 Refugee office leaders are reviewing the policy of allowing undocumented immigrant adults to take custody of refugee children — a longstanding practice that dates back to the George W. Bush administration but has been opposed by Miller and other anti-immigration hardliners, who think it rewards adults who are in the country illegally, officials said.

The office also is pushing to resume fingerprinting all of the adults in households where refugee children are released. HHS had rejected that policy in December 2018 for being ineffective and slowing down operations, and two officials said it could make some sponsors less likely to step forward to take custody of the children. But the policy has been championed by Miller and Immigration and Customs Enforcement officials, who historically have used the fingerprints to expedite deportations.

The moves are being overseen by a team of loyalists to President Donald Trump, including two former campaign staffers who were installed in their new roles after the White House last month abruptly reassigned the office’s director.

While the moves have gotten little attention during the Covid-19 outbreak, “it’s only a matter of time before the situation blows up again like it did in 2018,” said one current official familiar with the matter. “It’s a team of people with very little management experience and an agenda that isn’t going to end well given the current laws.”

“The White House wants ORR [the Office of Refugee Resettlement] to be an immigration enforcement office,” said a second official. “That’s not its role.”

The moves also come amid other immigration crackdowns during the Covid-19 outbreak, such as the Border Patrol being ordered to immediately turn away migrants.

The White House did not respond to requests for comment. HHS said that there are no policy changes to announce at the refugee office.

“As political appointees, we are honored to serve at the pleasure of the president, and when we are asked to serve, we step up and we serve,” said Heidi Stirrup, the former deputy White House liaison for HHS who became the office’s acting director a month ago.

The HHS refugee office was at the center of the 2018 family-separation crisis, sparking multiple lawsuits that continue today, as well as congressional investigations and watchdog probes. A federal judge ordered the Trump administration to reunite thousands of separated migrant families, and Trump reportedly reversed the policy only after First Lady Melania Trump and Ivanka Trump, his daughter, prevailed on him to change it.

By late 2018, HHS Secretary Alex Azar reassigned the officials who oversaw the troubled office and brought in new leaders for his department’s children and families division, including several officials with a background in human services and management expertise. Rep. Rosa DeLauro (D-Conn.), who chairs the House subcommittee that controls funding for the health department, also probed the office last year and sought to set guardrails in appropriations bills.

But the refugee office’s leadership was shuffled again last month, when Jonathan Hayes — who had overseen the office for the previous 15 months — was reassigned to the health department’s emergency-preparedness division with just two days notice.

Health department leadership had been pleased with the work of Hayes, a longtime GOP congressional staffer who had overseen a turnaround in the office’s operations after the divisive events of the family-separation crisis. For instance, fewer than 3,000 refugee children were in the office’s custody last month, down from nearly 15,000 in December 2018, as the refugee office more quickly found sponsors for the children and was able to release them from custody. An HHS memo publicly characterized Hayes’ abrupt reassignment as an elevation, saying that he had been "promoted" to a new role on the department’s emergency-preparedness team.

But Hayes — despite having called to strengthen the U.S. border and overhaul the immigration system in his congressional testimony — was viewed as too soft on refugees by some White House officials who had pushed for family separation. For instance, Hayes had told colleagues of the importance of keeping migrant families together, said two officials with close knowledge of the office’s workings.

Hayes also discontinued the policy of fingerprinting all adults in the households where refugee children were released, barring any red flags. The tactic had been instituted by his predecessor, Scott Lloyd, at the behest of the White House. Hayes and other health officials argued that the policy slowed processing of the children and was ineffective as an immigration enforcement tool. About 50,000 adults were fingerprinted by the office across 2018, but ICE took action on fewer than 200, said two officials.

Hayes did not respond to a request for comment.

Hayes was reassigned at the direction of the White House’s personnel office, among the first in a broader swath of staffing changes across the federal government in a purge of officials deemed insufficiently loyal to Trump’s agenda, said three individuals with knowledge of personnel planning.

Now the refugee office is being led in an acting capacity by Stirrup, a longtime Hill staffer and former president of Faithful Catholic Citizens, who first joined HHS as part of Trump’s “beachhead team” in January 2017. Kim Womack, a former financial analyst whose resume lists a five-year gap before she volunteered for the Trump campaign in 2016, is serving as chief of staff. Mark Vafiades, a fellow Trump campaign veteran who was a computer IT professional, reserve deputy sheriff and professional actor in Los Angeles, also was detailed to advise the office.

Womack and Vafiades, who first joined HHS in 2017, did not respond to requests for comment.

The refugee office also added Bennett Miller, an attorney from the Homeland Security department, as a senior policy adviser, BuzzFeed first reported. The White House has considered whether to bring in an ICE veteran as the refugee office’s permanent leader, said two officials.

Prior to the Trump administration, the refugee office was viewed as apolitical and staffed by leaders with experience in refugee-resettlement and family services. The office now appears to be shifting toward a mission of more immigration enforcement, the two officials said.

“There’s been a separation historically between the enforcement and human services side, ” said Bob Carey, who led the refugee office under the Obama administration. “But the history on this is not particularly good in the last few years, under this administration.”