Steve Kerr explains how Michael Jordan punching him in the... 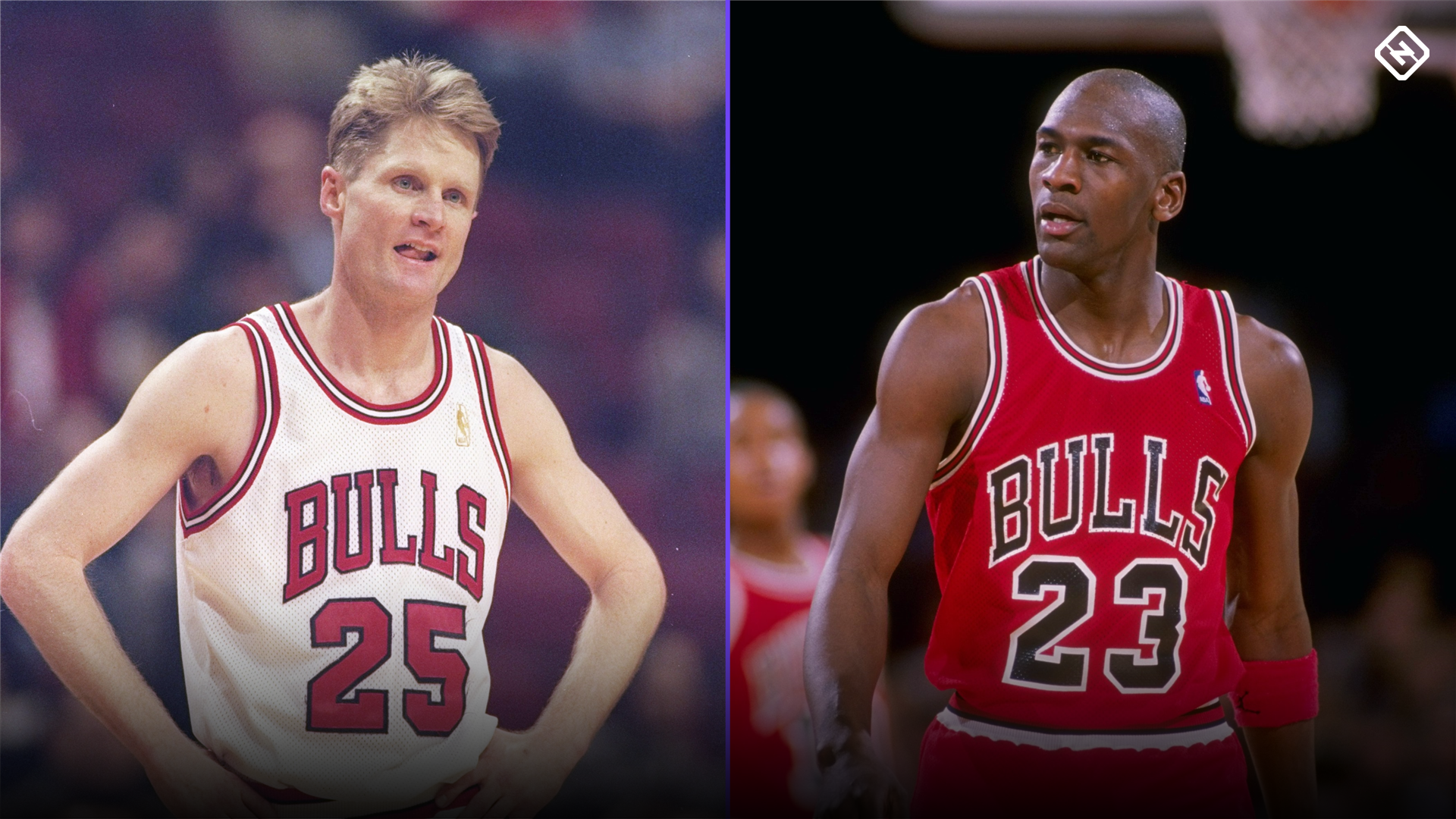 Michael Jordan is known for pushing his teammates to be the best — sometimes literally.

In ESPN’s documentary series “The Last Dance,” Jordan is shown as a fierce competitor with a desire to win at all costs. His former teammate Steve Kerr has probably the best example of Jordan’s competitive streak.

Prior to the 1995-96 season, Kerr described an “undercurrent” of unhappiness between him and Jordan. Kerr was the NBA Players Union representative for the Bulls, and Jordan and his agent David Falk had an offseason contract dispute that summer against the union. Jordan was also coming off a second-round loss to the Magic the previous season, and the intensity of the drills and practices were a reflection of his frustration.

Jordan and Kerr began trash-talking at training camp, according to a 2013 ESPN story. During a scrimmage, Kerr was sick of Jordan’s actions, so he decided to voice his displeasure.

“I’m not sure anyone had done that before,” Kerr recalled in a 2016 interview with VICE.

Kerr began fouling Jordan, which led to Jordan punching Kerr. The pair got in a few good swings before teammates intervened. Kerr ended up with a black eye.

“I was like the kid in ‘Jurassic Park’ who got attacked by the velociraptor,” Kerr told VICE.

“[Bulls head coach] Phil [Jackson] came over to talk to me,” Kerr said. “He said, ‘You and Michael have to patch things up. You gotta talk to him and you gotta patch it up.’ I got home and there was a message on my phone, on my answering machine from Michael and he apologized. And it was weird.”

In an interview Wednesday night with TNT’s Ernie Johnson, Kerr explained how that fight helped his relationship with Jordan and made both players better.

“I would say it definitely helped our relationship, and that probably sounds really weird,” Kerr said. “I wouldn’t recommend that to anybody at home. … For me in that case, Michael was definitely testing me, and I responded. I feel like I kind of passed the test, and he trusted me more afterwards.”

Kerr ended up playing a pivotal role in the Bulls’ second three-peat. Jordan passed to Kerr for the game-winning shot in Game 6 of the 1997 NBA Finals to clinch Chicago’s fifth title.

The altercation also helped Jordan. In Jackson’s book “Eleven Rings,” Jordan credited the fight with Kerr for helping him trust his teammates: “It made me look at myself, and say, ‘You know what? You’re really being an idiot about this whole process.'”

MORE: Best quotes, moments and more from “The Last Dance”

Kerr explained that the fight wasn’t as bad as it might sound, noting the differences in how practices were run during his playing days compared to the modern NBA.

“I think it has to be understood in the context of intense competition,” Kerr said. “One thing that was more prevalent back then than now is the intensity of practices back then. I think we’re smarter now with preserving our players. We don’t have as many practice days now. It’s more about rest and recovery. So there’s not as much competition, and most of that is good. …

“[Practices] were a huge part of the Bulls and Michael setting a standard for our play. So practice fights, not only on that team — there were probably three of them during the year on that team — on every team that I played on, late ’80s, early ’90s, there were a few practice fights. There was just a lot of competition, and things would get out of hand. It wasn’t really a huge deal in the grand scheme of things.”

Ultimately, Kerr has the utmost respect for Jordan.

“What made him a badass was that he wasn’t just a talent,” Kerr told VICE. “It was the understanding of … the work ethic, the game itself, the strategy involved. He got it all; he understood all of it. He was absolutely one of the smartest players I’ve ever played with.”