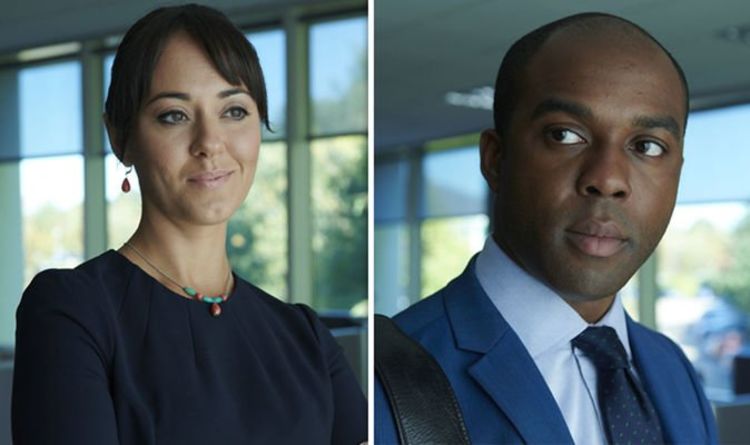 Isobel had managed to stoke his fear to such an extent, Thomas returned to work to a barrage of snide comments and sneering questions.

Even though he managed to gather the courage to report the bullying to his boss Carter (Ben Miller), he was near dismissive about his concerns.

Viewers were incensed by the effective depiction of harassment by Doctor Foster writer Mike Bartlett.

One tweeted about how hard it was to watch: “#sticksandstones was a grim watch. Trouble is that unfortunately this is very common in the workplace.”