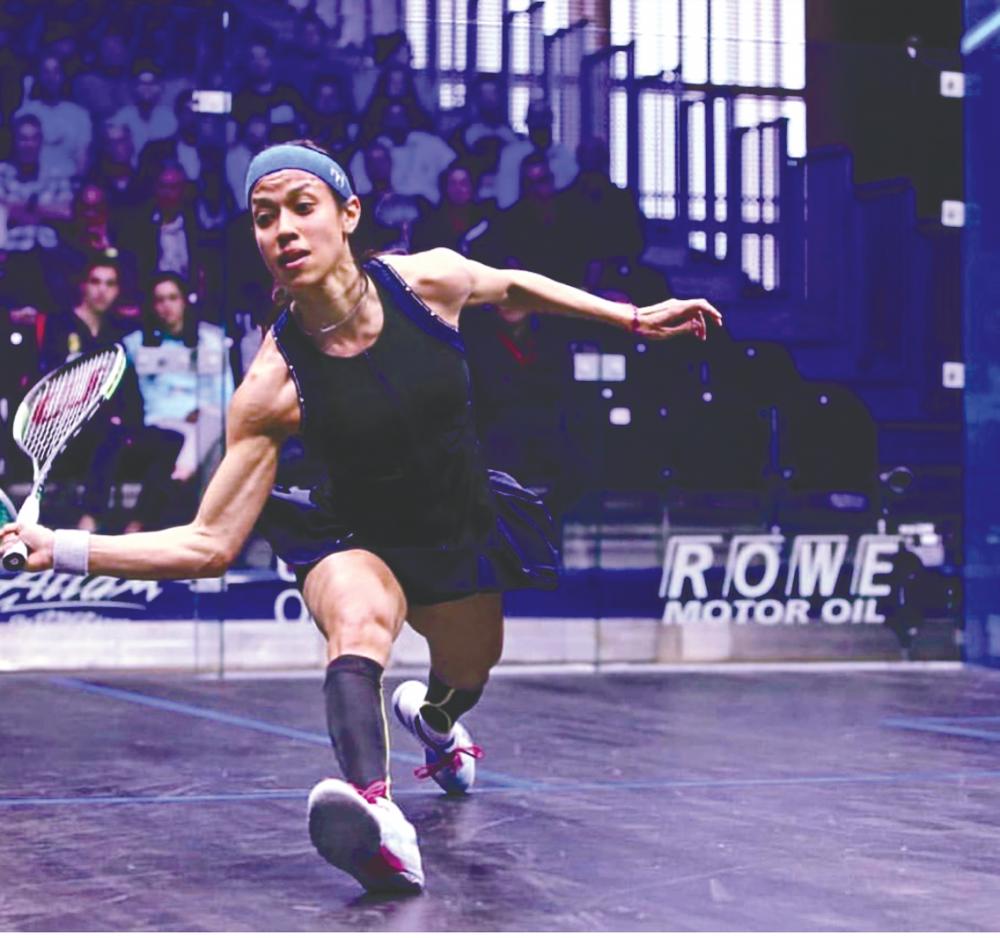 FEW athletes have achieved what Nicol David has during her career. She is considered the greatest squash player in the world, racking up 108 consecutive wins between August 2006 to September 2015. She was even made a United Nations Development Programme (UNDP) Goodwill Ambassador.

Nicol spoke with theSun recently by phone, from her home in Colombia.

“After I retired I decided to have Colombia as my second base. I have been travelling all over and I really love this place. I feel like it is home as well, only on the other side of the world. I love the people and the food. So I though why not?” said Nicol.

“It is nearer to the US, where I have some work there. Maybe to do some squash as well. I have a good bunch of friends here and it is nice.

“It is all work when I am back in Kuala Lumpur. This is a nice getaway. It has always been my dream to be in South America. I feel like I am a part of it. I like the culture, and the energy is just great.”

She achieved many things through squash, and also became one of the most prominent voices of her generation.

“I was working with UNDP as a global ambassador for some time. Now that I have retired from squash, I have been speaking to them to see in what areas I can help, such as speaking to the youth and tackling issues that involve them, reaching out to the less fortunate, and also in regards to women empowerment.”

Nicol has previously expressed her desire to become an engineer one day (following in the footsteps of her father) but she is currently happy with the way things are.

“I want to use my experience as an athlete to give back to the community, share my experience with youth, and show them what hard work is all about if they want to fulfill their own dreams. I stand for the empowerment of women, youth and sports.”

In regards to the sports scene in Malaysia, she said: “I think from the time I was playing until now, sports has been brought forward, especially professional sports. Especially in how athletes have to be looked after, to do well in the international scene and get results. I think we have benefitted greatly from this development.

“We have to use sports to reach out further in helping people to be healthier. I think this has to start from schools. Physical education should not just be another class period, it should be taken seriously, making sure each student picks up a sport.”

She also spoke about how many ministers who held the youth and sports portfolio appeared out of touch with the reality on the ground. “We have to separate it in some way – youth and sport. Sometimes taking on both can get quite confusing.”

She is currently talking to UNDP about improving women empowerment and representation.

She was part of a panel discussion at the KL Summit last year speaking on women’s issues and what they stand for in Malaysia.

“I think there is no limit to what a woman wants to do. For me it was very fortunate that my family were the biggest supporters of my decisions, and I went for it. I am living proof that if you want something done, you have to do it yourself.

“Some people will try to prove you wrong. Malaysian women are talented and do have much potential. We really have to try and prove what we are capable of. When I return to Malaysia, I really want to reach out and show how powerful Malaysian women are, and how they can do whatever they set their minds to.”

There was a time when Nicol lobbied hard for squash to be an Olympic sport.

“Right now the Olympic committee has its own priorities, and the criteria is very different from what it used to be. So I think [the committee] wants to appeal to younger people with things that are very visible and give a lot of commercial value, like breakdancing and wall climbing.

“Squash is an all-round sport and appeals to the youth, but maybe it doesn’t meet the Olympic criteria. To be honest, squash has done everything in its power to get into the Olympics but if they don’t want us, we should just stop fighting for it. It is a waste of time to fit into a box that was never available for us to begin with.”