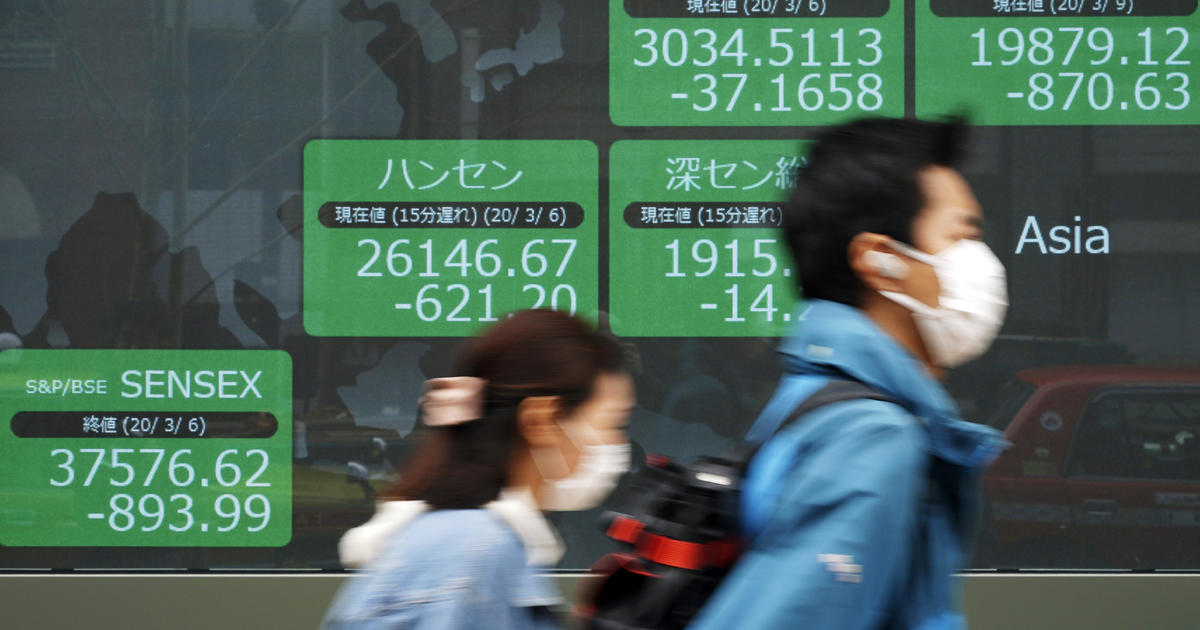 Global stock markets were falling fast after the Federal Reserve cut its benchmark interest rate to near zero Sunday evening to help blunt the economic damage from the fast-spreading novel coronavirus. Fed Chairman Jerome Powell called the actions “strong measures” but the emergency rate cut — the second in two weeks and an unusually large one-percentage-point cut, at that — seemed to unnerve investors.

Stock-market futures indicated the Dow Jones Industrial Average and the S&P 500 would be sharply lower when stocks begin trading in the U.S. on Monday morning. Those futures began dropping almost immediately after the Fed announced the rate cut on Sunday. The central bank also said it was upping what’s known as purchases of Treasuries and other bonds by $ 700 billion, a policy known as “quantitative easing,” to encourage lending by financial institutions.

“The Fed’s latest move does not change our expectation that the economy will slow dramatically in the near term,” Rubeela Farooqi, chief U.S. economist with High Frequency Economics, told investors in a report after the Fed’s rate cut.

Stocks cratered in Europe, with shares in Paris plummeting 9%, Spain 8.7%, Frankfurt 7.8 percent and London and Milan 7.6%, according to Agence France-Presse.

On Asian markets, shares in Hong Kong were down more than 4%, China’s mainland Shanghai exchange index lost 3.4% and Japan’s Nikkei index was 2.5 lower in Tokyo, despite moves by the central bank there to prop up the economy, AFP said.

Stocks in Australia nosedived 9.7%, indicating investors there are concerned the coronavirus will continue to slow economic activity in China as well as throughout the region.

Some Wall Street economists were optimistic that the Fed’s emergency moves could save the economy from sinking into a prolonged recession, and even spur a market rebound later this year.

“Broad fiscal spending and rate cuts are blunt instruments for dealing with the short-term economic impact of the virus, but should provide investors with some confidence that growth can be strong once the recovery gets underway,” Mark Haefele, a chief investment officer at UBS’s wealth management division, said. “We expect the market to end the year at much higher levels than today.”

But that optimism was not widely shared. Bank of America’s top U.S. economist, Michelle Meyer, predicted Sunday that the Fed’s moves would be not be enough to arrest an economic slide driven by restrictions on public activity.

“Businesses are shutting doors globally and households are moving into quarantine,” Meyer wrote in a note to clients on Sunday night. “We are already forecasting negative GDP growth in the second quarter but the risk is that it proves to be a much deeper and more prolonged contraction in economic activity.”