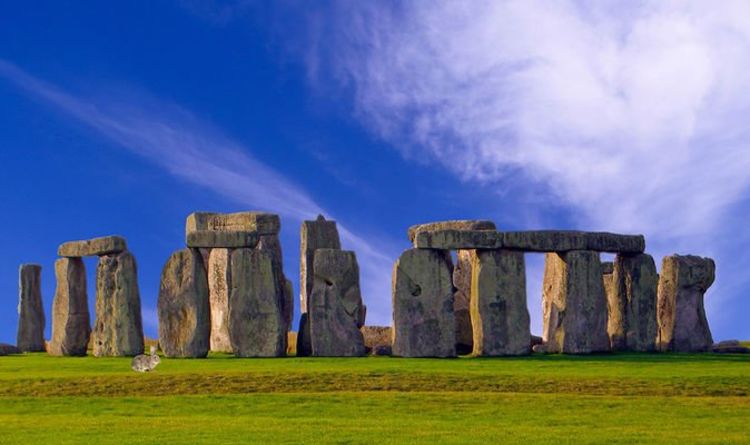 Blick Mead lies just a mile away from the Wiltshire stone circle, and experts have uncovered more than 70,000 stone tools at the site, as well as an intriguing ceremonial platform suggesting the area held ritual importance for prehistoric hunter-gatherers who lived there 10,000 years ago. Professor David Jacques of the University of Buckingham said: “When you look at Stonehenge you think, ‘but where are the people?’ It makes sense that if you want to find the people who built it, the obvious idea is to look for where the water is.

“At Blick Mead we found shed loads of stuff.

“We’re talking about a very small area that people were coming to again and again and I think it was probably some sort of permanent settlement, so all our ideas of how hunter gatherers move around in dispersed communities needs to be revised.

“This makes Stonehenge more interesting because it gives it a longer history, linking it back to people from the Mesolithic.

“Blick Mead really is the cradle of Stonehenge.”

Scientist and presenter Dr Albert Lin who works for the National Geographic said: “If there was a lost city of Blick Mead if would have been made of timber which has now rotted away.

“Blick Mead was an important place where the early humans that roamed here, maybe even one of the first manifestations of a human city.

“A river for transport, for fish, a landscape perfect for hunting big game.

Professor Jacques said: “It’s like a jetty and I think it had multiple uses.

“It has a gentle slope down to the water so it would have been useful to pull up a boat.

“But the interesting thing is it’s made of stone.

“Other examples of platforms from this time are made of wood, so this suggests it had an air of permanence.

“I don’t think it’s all about the practical.

“I think the surface is a focal point for worship, a sacred surface that predates Stonehenge by about 2,000 years and placed to run alongside the waters edge.

“The hoof prints could well be like a relic in a cathedral and they are trying to imbue the surface with the qualities of the aurochs.

“Just this month we have found another occupation layer beneath it so it goes back even further.”

Dr Jacques believes that Stonehenge may represent a God in the landscape and was probably built after early farmers from continental Europe met up with hunter gatherers from Blick Mead and merged the two cultures.

But the site is in danger from plans to build a tunnel beneath Stonehenge which could harm areas waiting to be excavated.

“We’re right in the firing line,” added Prof Jacques. “The tunnel will run just five metres from one of our trenches.”