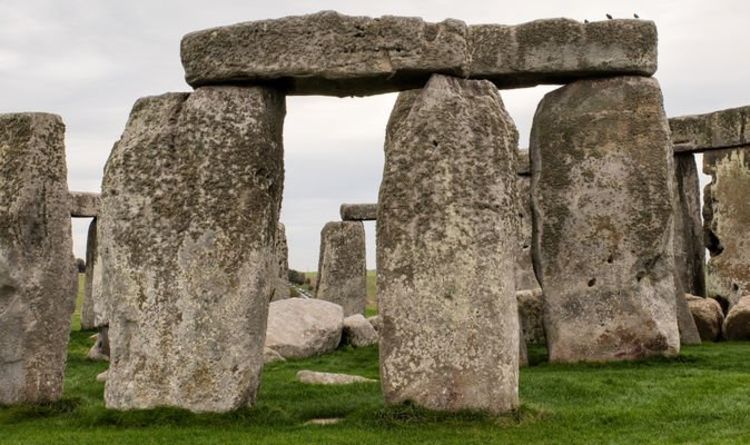 Tests suggest the groundworks are Neolithic and were made more than 4,500 years ago.

Archaeological experts believe the 20 or more shafts may have served as a boundary to a sacred area connected to the henge.

A team of academics from the universities of St Andrews, Birmingham, Warwick, Glasgow and the University of Wales Trinity Saint David worked on the archaeological project.

Dr Richard Bates, from St Andrews’ School of Earth and Environmental Sciences, said: “Remote sensing and careful sampling is giving us an insight to the past that shows an even more complex society than we could ever imagine.

She said: “As the place where the builders of Stonehenge lived and feasted Durrington Walls is key to unlocking the story of the wider Stonehenge landscape, and this astonishing discovery offers us new insights into the lives and beliefs of our Neolithic ancestors.

“The Hidden Landscapes team have combined cutting-edge, archaeological fieldwork with good old-fashioned detective work to reveal this extraordinary discovery and write a whole new chapter in the story of the Stonehenge landscape.”

The announcement of the discovery comes after the Summer Solstice, which took place online this year as the annual gathering at Stonehenge was cancelled due to coronavirus.

Professor Vincent Gaffney, a leading archaeologist on the project, said: “This is an unprecedented find of major significance within the UK.

“Key researchers on Stonehenge and its landscape have been taken aback by the scale of the structure and the fact that it hadn’t been discovered until now so close to Stonehenge.”

The Durrington Shafts discovery, announced on Monday, is all the more extraordinary because it offers the first evidence that the early inhabitants of Britain, mainly farming communities, had developed a way to count. Constructing something of this size with such careful positioning of its features could only have been done by tracking hundreds of paces.

The shafts are vast, each more than 5 metres deep and 10 metres in diameter. Approximately 20 have been found and there may have been more than 30. About 40% of the circle is no longer available for study as a consequence of modern development.

Professor Gaffney aded: “The size of the shafts and circuit surrounding Durrington Walls is currently unique.

“It demonstrates the significance of Durrington Walls Henge, the complexity of the monumental structures within the Stonehenge landscape, and the capacity and desire of Neolithic communities to record their cosmological belief systems in ways, and at a scale, that we had never previously anticipated.”

He added: “I can’t emphasise enough the effort that would have gone in to digging such large shafts with tools of stone, wood and bone.”

But then these are the same people who also built Stonehenge, dragging bluestones to the site from south-west Wales about 150 miles away.

While Stonehenge was positioned in relation to the solstices, or the extreme limits of the sun’s movement, Gaffney said the newly discovered circular shape suggests a “huge cosmological statement and the need to inscribe it into the earth itself”.

He added: “Stonehenge has a clear link to the seasons and the passage of time, through the summer solstice. But with the Durrington Shafts, it’s not the passing of time, but the bounding by a circle of shafts which has cosmological significance.”

The boundary may have guided people towards a sacred site within its centre or warned against entering it.