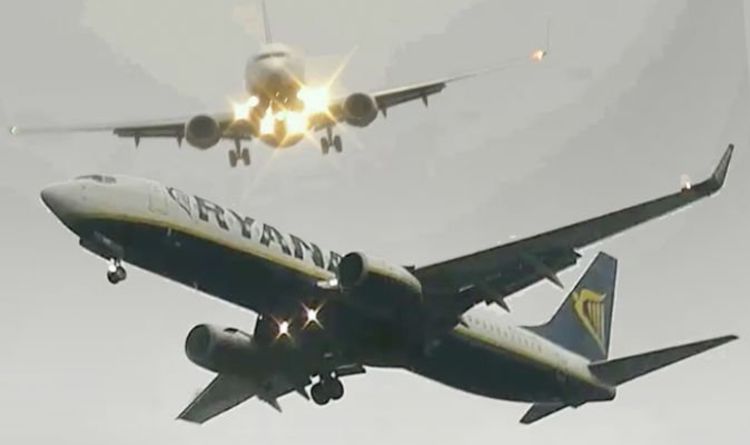 Dozens of domestic and international flights have been grounded because of the violent storm and rail companies in England, Scotland and Wales have urged passengers not to travel. Heathrow Airport said it had agreed with its airline partners to “consolidate” Sunday’s flight schedule in a bid to minimise the number of cancelled flights.

British Airways said in a statement: “Like all airlines operating into and out of the UK tomorrow, we are expecting to be impacted by the adverse weather conditions across parts of the UK on Sunday.”

The airline said it was offering rebooking options for customers on domestic and European flights flying to and from Heathrow, Gatwick and London City on Sunday.

Virgin Atlantic has posted a list of cancelled flights on its website. It said it was “contacting affected customers and rearranging their travel arrangements”.

Strong winds have the potential to damage overhead electrical wires and tracks due to debris or falling trees.

Southeastern said trees were blocking the lines towards London at Meopham and Teynham in Kent.

There are no trains between Sevenoaks and Orpington after a trampoline was blown onto the tracks from a back garden and there are delays around Rainham due to barrier damage.