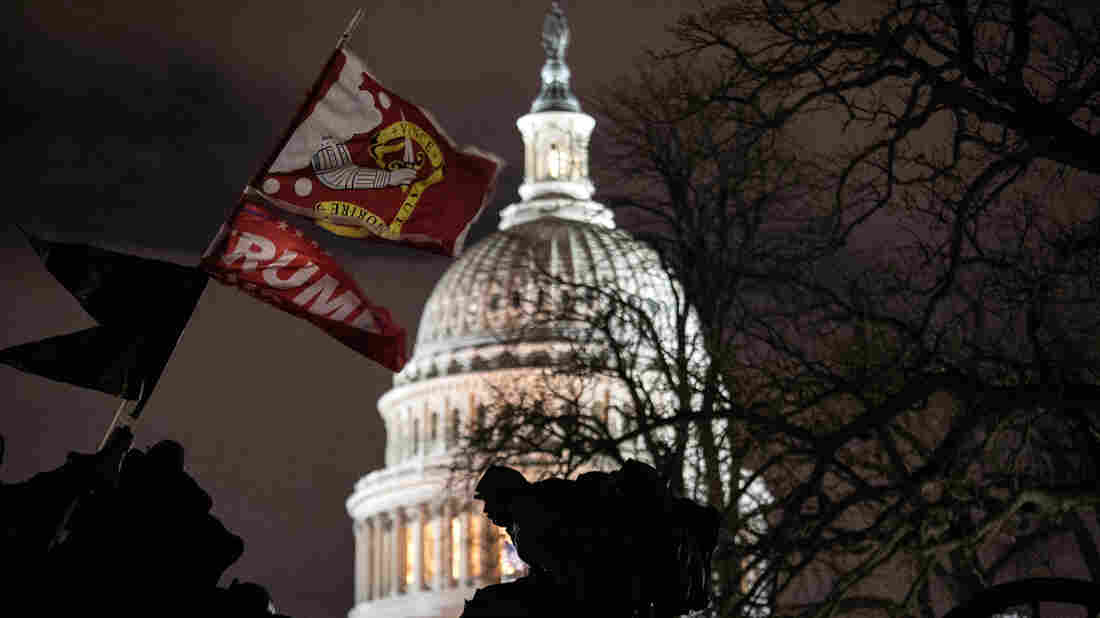 A Trump flag flies over the grounds of the U.S. Capitol on Wednesday, after a pro-Trump mob stormed the building, breaking windows and clashing with police officers. John Moore/Getty Images hide caption 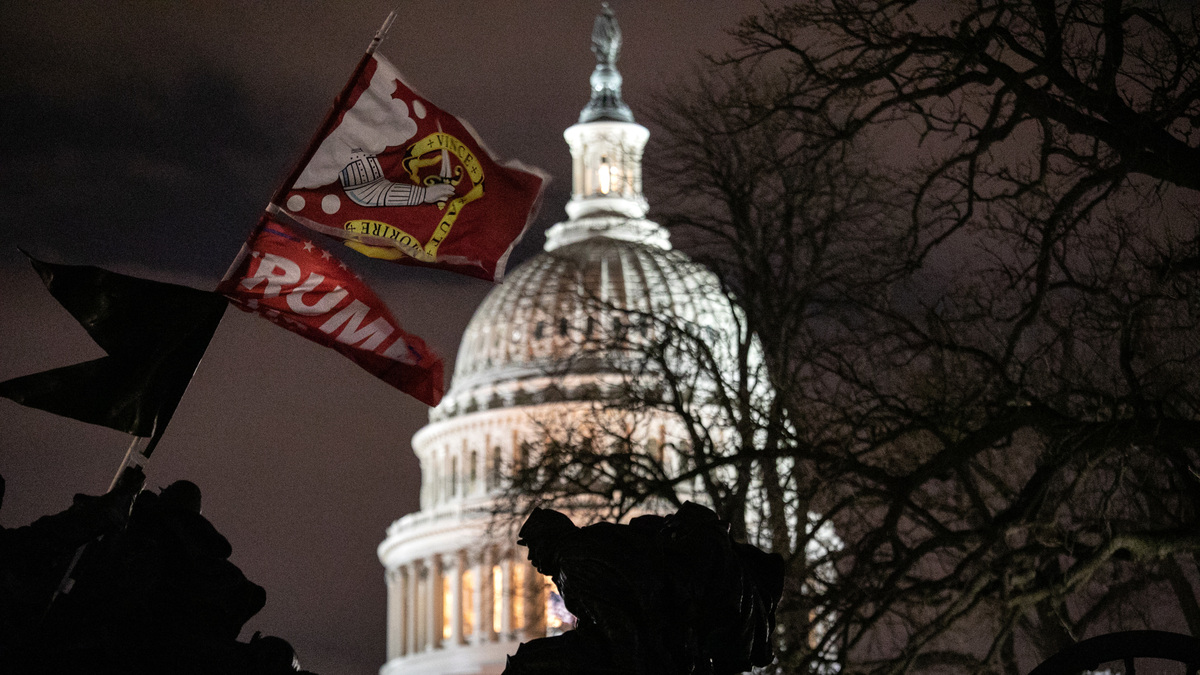 A Trump flag flies over the grounds of the U.S. Capitol on Wednesday, after a pro-Trump mob stormed the building, breaking windows and clashing with police officers.

On Wednesday, Michelle Laughlin realized something: Joe Biden would be the next president.

She had traveled from Nevada for the “Stop the Steal” rally hoping that a second Trump term was still possible. She sang patriotic songs as Trump supporters forcibly invaded the Capitol building. But as night fell, the occupiers were pushed out and Congress resumed its operations, Laughlin saw with clarity where things are headed.

“I think they’re going to certify Biden,” she said, “and I think that’s a terrible, terrible thing.”

Trump supporters like Laughlin , convinced by the president’s false claims that the election had been stolen, traveled from around the country to D.C. for Wednesday’s rally. At the White House, the president urged them on. “We will not take it any more,” the president said, calling on his followers to head to the Capitol.

And they did, marching en masse to the building, overpowering police, breaching barricades and invading while elected officials took cover. One woman was fatally shot by Capitol police in the hourslong chaos. Very few people were arrested.

The mob succeeded in forcing Congress to halt the certification of the Electoral College votes, but only temporarily. Senators and representatives returned to work after the building was clear and vowed to work through the night. The stated goal of the mass gathering — a reversal of the legitimate election results — remained out of reach.

As that became increasingly clear, a sort of testosterone hangover took hold in the nation’s capital. Small crowds of Trump supporters, not quite willing to let the day’s events go, dispersed slowly in front of an impassive line of police in riot gear and drifted down streets back toward their hotels.

The forcible occupation of the Capitol by a pro-Trump mob was roundly condemned by virtually every prominent political leader — except for Trump, who told the occupiers to be peaceful but also said “We love you. You’re special.”

But some Trump backers were unsettled by the invasion, and in some cases deny it really happened. Adriel and Kristina Leddy of Berkeley, Calif., arrived in D.C. too late to witness the breaching of the Capitol. Adriel Leddy said he believed it had been carried out by leftists impersonating Trump supporters. “Trump’s people and patriots and people who just care about personal property and their country don’t vandalize and break, nor do they use violence,” he said.

Laughlin, the Trump backer from Nevada, saw the crowds break in, and she said it “wasn’t great.” But she mostly faults the Capitol police who didn’t do enough to barricade the doors.

She reserves her irritation for the right-wing media and politicians who encouraged the baseless hopes that brought her to D.C.

“On the news, they keep saying now that they shouldn’t have said that the Pence can stop the certification, that was just a big lie … They didn’t say that before,” she says. “Maybe some of the other news stations that I don’t trust, but the ones that I do, that’s not what they were saying.”

“Had Pence come out and said flat out like, ‘no, I can’t change this,’ … I would have been like, ‘well, that’s a big old bust,’ but I would have believed him,” she said. “I mean, people would have moved along. “

Instead, Pence waited until midday Wednesday, after thousands of people had gathered to protest, to make it clear he would not overthrow the results.

But for Trump fan Tracey Lawrence, at least, the Stop the Steal rally was a big success.

The Missouri resident sells Trump gear, and the assembled crowd was underdressed for D.C.’s chilly weather. “They didn’t have enough gloves and scarves,” she says. “Because of that, we did great.”

And unlike Laughlin, Lawrence has not concluded that Trump’s only path forward is to leave the White House.

“I hope he calls martial law,” she says.