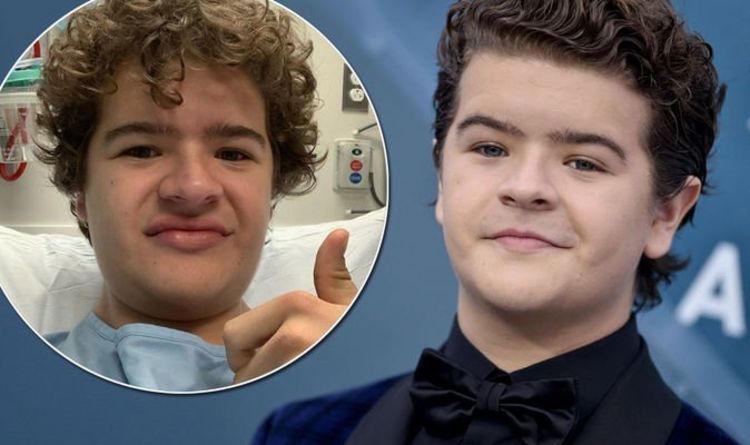 Stranger Things star Gaten Matarazzo, 17, gave his fans the thumbs up on Instagram last night as he prepared to undergo his fourth surgery for Cleidocranial Dysplasia (CCD).

The actor, who is best known for playing Dustin Henderson in the Netflix sci-fi show, was born with the genetic condition, which primary affects the development of bones and teeth.

Ahead of the surgery, the teenager told his 13.3 million followers that this operation was “a big one”.

In the social media snap, Gaten can be seen sitting on a hospital bed in a blue gown giving the thumbs up to the camera.

He captioned the picture: “Surgery number 4! This is a big one!”

The star, who regularly raises awareness for CCD, urged his fans and followers to find out more about the condition.

He added: “To learn more about Cleidocranial Dysplasia and how you can help those with the condition you can go to ccdsmiles.org.”

Instagram users, fans and co-stars of the actor, took to the social media site to share their thoughts and send best wishes to the star.

American actor Chester Rushing, 28, who plays Tommy H on the show, penned: “Good luck bud we are wishing you the best.”