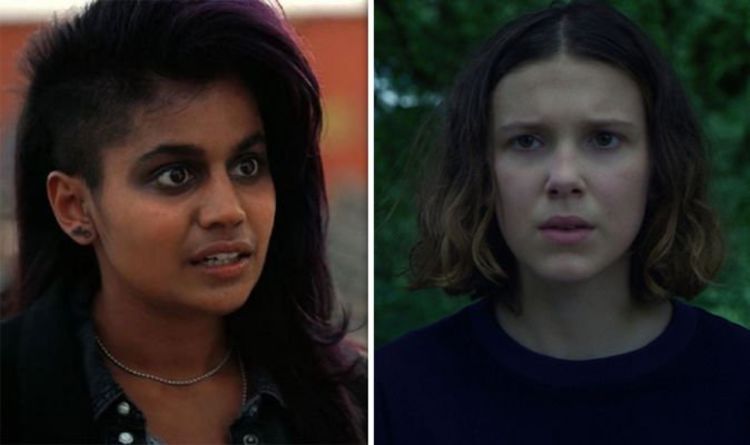 Stranger Things season four was given the green light some time ago now, and fans have been so wrapped up on whether or not Hopper (played by David Harbour) is alive, it may have slipped their attention that there’s a whole new world outside of Hawkins yet to be explored. Now, it seems fans could finally see Eleven (Milli Bobby Brown) reunited with subjects one to ten after the comic books dropped a major clue for what’s next.

Stranger Things season one to three has been a roaring success on Netflix, quickly becoming one of the streaming giant’s most popular series.

Now, with the universe expanding and various promos teasing “we’re not in Hawkins anymore”, it seems there could be a whole host of new cast members ready to fight evil in season four.

Fans will remember being introduced to Kali (Linnea Berthelsen), who had the power to make people see whatever she wanted them to.

However, the story was left behind in season three and the character was given no mention.

Now it seems Kali could be set to return with a gang of other test subjects with their own unique powers.

The third comic series in the Stranger Things line of comics titled Stranger Things: Into the Fire has since introduced the new subjects, launching them into events just months before the events of season three.

Could this cross over into the Netflix show?

The show featured a number of flashbacks in season one relating to Hopper’s grief for his daughter Sara.