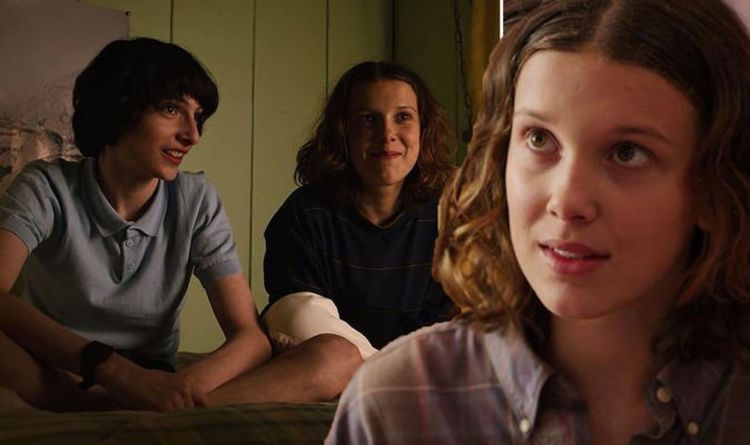 Season four might begin pretty sparse on the romantic front, with Joyce Byers (Winona Ryder) and Eleven departing Hawkins for a new life.

However, Eleven and Mike’s romantic fate was sealed when they both declared their love for each other and promised to meet up again over the Thanksgiving break.

Like every generic rom-com, their romance was put to the test by trust issues and communication errors.

The couple’s shaky romantic tension was a strong throughline during the early part of the season, but it was later sidelined to make way for Stranger Things’ signature 80s action.

Some fans took to Reddit in the hope that showrunners The Duffer Brothers are listening in to their hopes and predictions for the next season.

Reddit user flintflamez posted: Mike and Eleven never really got the chance to interact outside of just fighting or kissing each other, and they have one of the best dynamics in the show.

“I think it would be sick to see some type of duo quest with those two.”

Perhaps things can go awry with the Upside Down during their date on Thanksgiving.

With rumours of the upcoming season being split into two for a dramatic conclusion of the show, it would be a shame if the fan favourite couple only had fleeting moments of down time before things go crazy in the finale.

Another poster added: “My issue is not only that there has been no regular screen time as a couple, but we have to get a sense of why they love each other.

“It concerns me that the show doesn’t see that this is a problem.”