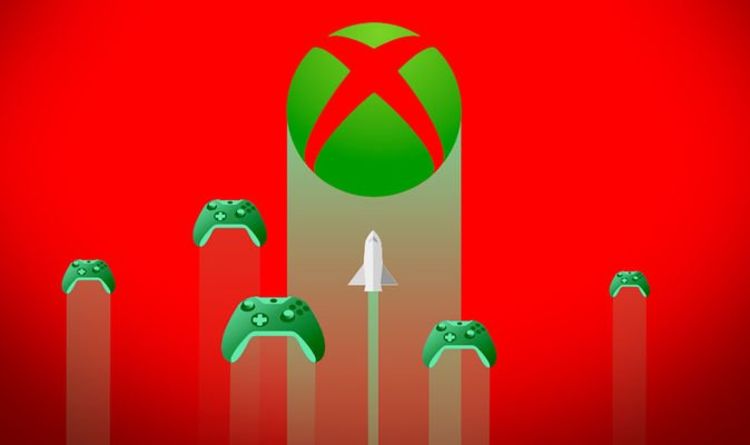 Microsoft’s long-awaited Project xCloud has finally launched in beta in the UK, just as promised last month. Those who sign-up to the first beta test will be able to play four fully-fledged Xbox One games from their tablet, or smartphone.

These aren’t casual mobile puzzlers, like Candy Crush or Bejewelled.

To ensure everything is running smoothly (no mean feat when you’re beaming Xbox One game discs over the airwaves), Microsoft has partnered with a number of mobile networks to test out its Project xCloud streaming service. That will allow the Redmond-based company to test the 4G and 5G networks available in the UK to work out how to offer a smooth and responsive experience with no lag – as if you were at home playing on the console itself.

Vodafone last month announced its plans to collaborate with Microsoft to try and improve the performance of Project xCloud ahead of its roll-out worldwide in the coming months. However, you don’t need to be on the network to take advantage of the video game streaming service.

The trials will kickstart next month, October 2019, when anyone will have the chance to register for the video game streaming preview. If you’re interested in trying Project xCloud, you can register here for the beta today.

Project xCloud can be used on both 4G and 5G handsets, although we can’t help but feel those with the latter will enjoy a slightly smoother experience.

Project xCloud will have access to some of the most popular titles from the Xbox catalogue, including Gears 5, Halo 5: Guardians, and Sea of Thieves. Vodafone customers will be able to enjoy all of these from their smartphone, similar to Netflix – but for games.

According to networks, a critical component of these Project xCloud trials is to attempt to better understand how the game streaming technology will work on mobile networks, and to understand how 5G and 4G networks can best support gamers.

To take part, you’ll need a smartphone or tablet with Android 6.0 or newer with Bluetooth 4.0 or Bluetooth 5.0.

You’ll also need a Microsoft account – and a Bluetooth-enabled Xbox One wireless controller (since the titles don’t support touchscreen controls).

Microsoft also recommends a phone mount to make the whole thing manageable, but if you’re looking to save money, we’d recommend precariously propping up your tablet on the arm-rest of the sofa next to you – or asking a friendly fellow London commuter to hold it for you.

ByGoogle has made a massive Play Store change that impacts all Android users (Image: GOOGLE)Google has this week introduced a huge change to their...
Read more
Tech

ByJulio CachilaKEY POINTS Apple's new iPad Air with the A14 Bionic is now available Consumers might be having a hard time choosing between that and the...
Read more
Tech

ByAnd it's not just the design that's had a radical overhaul as Amazon also says it has improved the sound which means users get...
Read more