Streatham shooting MAPPED: Where is Streatham? Has there been a terror attack? 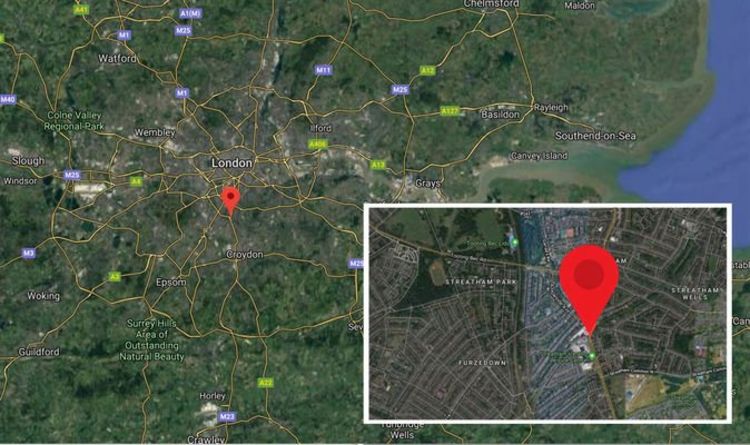 Armed officers shot a man in southeast London as a number of people have been stabbed, the Metropolitan Police said. Multiple emergency vehicles have arrived at Streatham High Road, as witnesses said they heard three gunshots fired after 2pm today.

Streatham is an area in the southeast London borough of Lambeth, located between Wandsworth and Croydon.

The town is one of the areas identified as one of Greater London’s major 35 centres.

The attack allegedly took place on Streatham High Road, a 1.8 mile-long stretch of road which runs through its centre and past Streatham station.

“The circumstances are being assessed; the incident has been declared as terrorist-related.”

Footage emerged on social media which showed armed police approaching someone on the pavement, and police have cordoned off the street.

They closed Newcome Gardens eastbound from A23 Streatham High Road to Pendennis Road.

Police have asked people to avoid the street, and armed officers are guarding the area.

Images released in the aftermath of the incident showed ambulances crowded on Streatham High Road as helicopters hovered overhead.

The London Ambulance service said it had deployed a “number of resources” to the area.

Speaking to the Press Association, Gulled Bulhan, a 19-year-old student from Streatham, said he witnessed the shooting in front of a Boots store.

He said: “I was crossing the road when I saw a man with a machete and silver canisters on his chest being chased by what I assume was an undercover police officer – as they were in civilian clothing.

“The man was then shot. I think I heard three gunshots but I can’t quite remember.”