Streatham shooting: Terrorist named as Sudesh Amman who was released from prison DAYS AGO 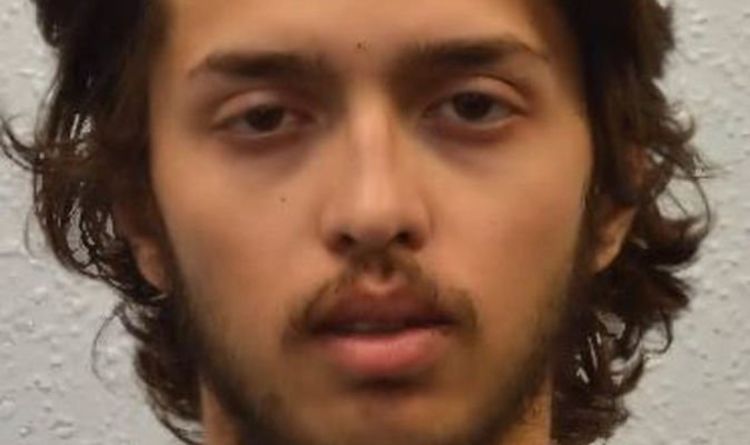 Sudesh Amman, 20, from Harrow, was jailed for three years and four months in December 2018 for committing 13 terror offences. Whitehall sources told The Daily Express he had been very recently released from prison where he had been serving a sentence for the possession and distribution of extremist material. It is understood that he left prison just a matter of days ago after serving half of his more than three year sentence.

A Whitehall source said: “He was under surveillance, that is what allowed police to do their job so quickly. It could have been much worse than it was.

“There had been concerns when he was in prison but there were no powers for any authority to keep him behind bars.

“There was nothing that could be done to keep him behind bars under existing laws, hence why he was under surveillance and strict licencing conditions.

“He had served half of his sentence, which was more than three years, so had to be released despite concerns over his conduct.

“The public will look at this case and say why was this individual not kept behind bars and the Prime Minister shares that view.

“This shines a light on something that clearly needs addressing.”

This comes as Boris Johnson has said he will announce plans on Monday for “fundamental changes to the system for dealing with those convicted of terrorism offences” following the terror-related incident in south London.

In a statement, the Prime Minister said: “My thoughts are with the injured victims and their loved ones following today’s horrific attack in Streatham.

“I want to pay tribute to the speed and bravery of the police who responded and confronted the attacker – preventing further injuries and violence – and all of the emergency services who came to the aid of others.

“An investigation is taking place at pace to establish the full facts of what happened, and the Government will provide all necessary support to the police and security services as this work goes on.

“Following the awful events at Fishmonger’s Hall in December, we have moved quickly to introduce a package of measures to strengthen every element of our response to terrorism – including longer prison sentences and more money for the police.

“Tomorrow, we will announce further plans for fundamental changes to the system for dealing with those convicted of terrorism offences.”

Police said in a statement that a hoax device was found strapped to the body of Amman, who was killed by armed officers shortly after 2pm on Sunday.

One man was being treated for life-threatening injuries after being stabbed, a woman suffered less serious wounds and another woman was hurt by glass after an officer fired his
weapon, the statement from the Met Police said.

Some witnesses said the man had been armed with a machete and one said he was wearing silver canisters on his chest.

Footage filmed on the high street in the Streatham district of south London showed two men in plain clothes – one in a hoodie and one with a police baseball cap – pointing their guns
at a body on the pavement nearby.