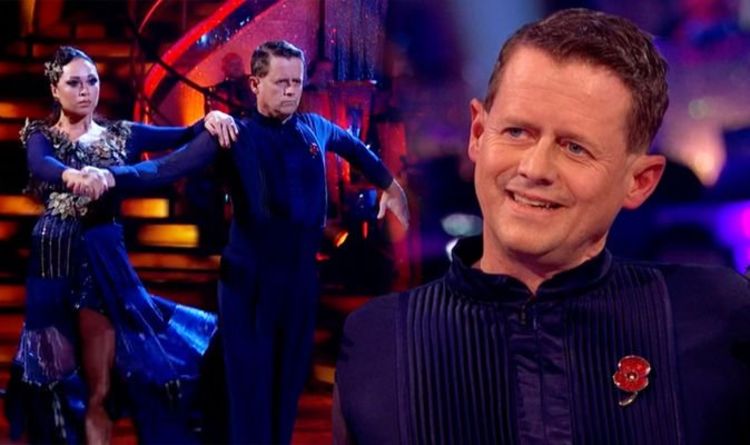 Strictly Come Dancing returned last night and the couples who are left tried to put on their best performances. After getting some mixed feedback during the competition, sports presenter, Mike Bushell, appeared to have a promising start. However, he was disappointed after facing rejection from his partner, Katya Jones, body language expert, Judi James, explained.

“Having been awarded some controversially good scores for some flat-footed comic performances over the past few weeks his Paso Doble tonight should have been his moment to shine, to prove that head judge Shirley Ballas had been right all along as her investment in Mike’s ‘hidden’ talent paid off.”

The presenter appeared to get off to a good start, however this quickly changed when he teamed up with Katya.

“When Mike arrived on the staircase there was an obvious sea-change in his body language,” Judi explained.

“He was in role from the word ‘go’, standing with his hair slicked down, his jaw jutted and his back arched like a bow, oozing a new kind of proud machismo.

“For one moment as Mike posed up at the start of the number, alone and erect in full Matador mode, it looked suspiciously as though he had nailed it and become a serious contender for the first time.

“Then suddenly the dream was over as something appeared to go wrong once Mike and Katya joined up as a couple.”

At the end of the dance, Mike was left on the floor and faced rejection from his own partner, Katya Jones.

Judi explained: “They ended their dance with an odd and rather wobbly knee-lift that made them look rather like a tower of Jenga blocks and with Mike left lying on the floor he raised his hand for a lift up from Katya but she stepped back, appearing to flick his hand away.

The couple’s body language showed Katya could have been rejecting her partner at the end of the dance.

Mike’s hopes of a promising week were then dashed as he received negative feedback that left him looking disappointed.

Judi added: “Bruno said the dance gave him indigestion and despite Mike’s attempts to shrug off the judges’ feedback in his usual good-tempered way his overall air of disappointment made his smiles look incongruent and he was bolting off the floor before Tess had finished her round-up.”