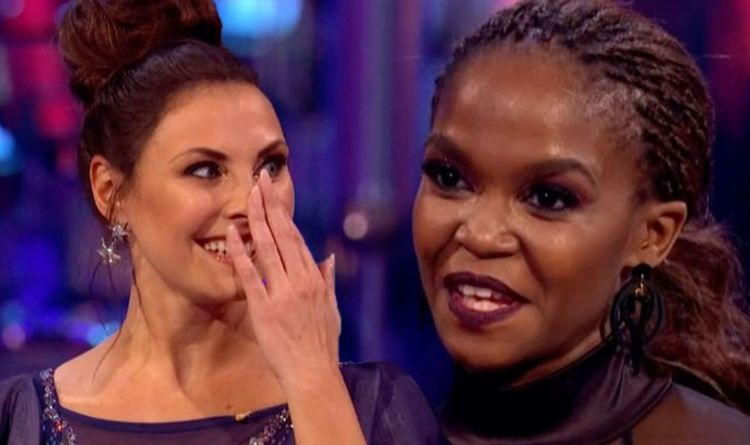 Emma, 42, has been performing with Strictly Come Dancing Anton du Beke, 53, this series and after years of failing to get to the penultimate round of the competition, the professional dancer is finally in the final for the second time in 17 years. Oti Mabuse, 29, is also making her second bid for the crown, but could her past on the BBC dance show prove to be a disadvantage for the EastEnders actress as history repeats itself?

Oti is partnered with the former ITV drama heart-throb, making it the second time she has reached the final with a soap star.

Back in 2016, the professional dancer just lost out on the coveted title with Hollyoaks actor and theatre star, Danny Mac, 31.

However, with just two other finalists competing alongside the Ballroom dancer and her celebrity partner, it was one of their fates which could be a detriment to Emma.

Danny and his professional dance partner were joined by the champion of series 14 Ore Oduba, 34, and former Eternal singer Louise Redknapp, 45.

The latter was also the last woman standing in the final with Oti and unfortunately, she was placed as a runner-up.

With Kelvin’s dance partner once again making a bid for the Glitterball Trophy against Emma, could the EastEnders actress find herself at a loss of the crown?

If history were to repeat itself, the evidence also weighs against the former Emmerdale actor, who is currently the hot favourite to win the current series.

“And then someone like Emma comes along and it just goes that… there you go it is better than you though,” he added.

“It’s a brilliant thing and it’s all because of Emma,” Anton commented, praising his celebrity partner.

Fans were also overjoyed with the news, with one writing on Twitter: “Buzzing for Anton, he must be thinking Emma’s an angel sent from above.”

Another posted: “ANTON HAS MADE IT TO THE FINAL, Thank you EMMA!!”