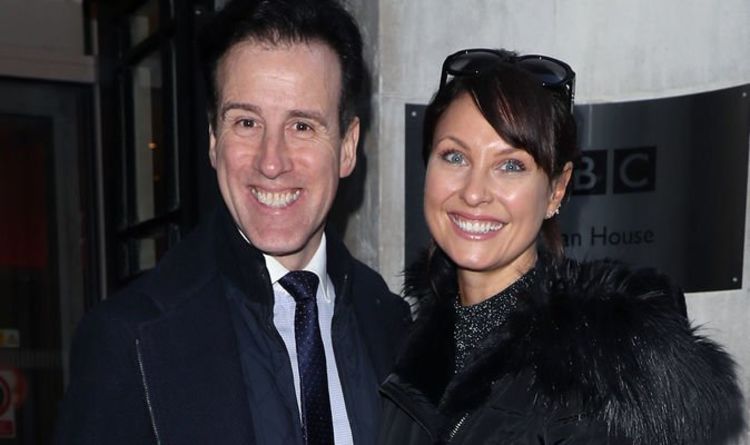 Anton, the only surviving Strictly Come Dancing pro from its first series in 2004, said he had not spoken to bosses about leaving. Rumours surfaced minutes after Saturday’s grand finale, in which he appeared alongside EastEnders actress Emma Barton, 42.  But he told ITV’s Lorraine breakfast show yesterday: “It’s absolute nonsense – made up before we had left the building.

Anton also revealed he dyed his hair and, for the first time, put on a spray tan from the shoulders up, before his finale appearance.

He said: “Do you know what? I think it worked. It was my first spray tan.”

Father-of-two Anton, the oldest pro dancer on the show, is one of the show’s most popular stars despite never having lifted the coveted Glitterball trophy.

He has twice been overlooked to join the prestigious judging panel and his time on Strictly has been synonymous for his pairings with ballroom strugglers,
including Lesley Joseph, 74, Daily Express columnist Ann Widdecombe, 72, Fiona Fullerton, 63, and Judy Murray, 60.

Apart from this year’s appearance with Emma, Anton has made the showpiece finale only once, partnering newsreader Katie Derham, 49, in 2015 – but they failed to snatch the trophy.