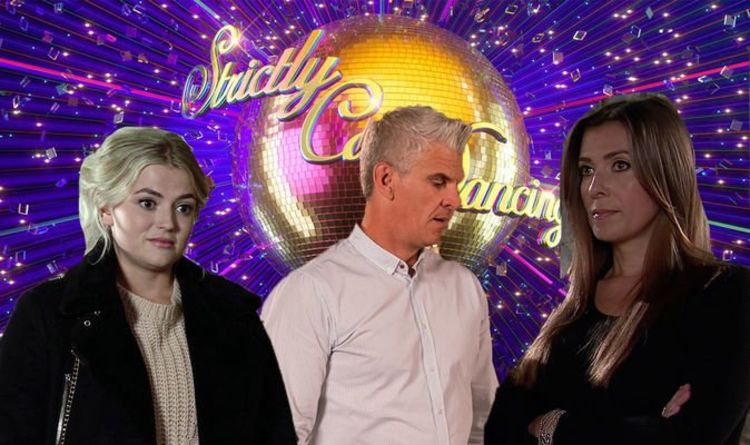 Strictly Come Dancing has a history of signing up BBC and ITV soap stars and the latest series was no different. Coronation Street star Catherine Tyldesley took to the floor with Johannes Radebe and EastEnders actress Emma Barton ended the competition a runner-up with Anton Du Beke. But as fans look to the next series, has the first celebrity set to sign up already been revealed?

Over the years there have been many EastEnders, Coronation Street and Emmerdale stars to have taken to the Strictly dance floor.

Emmerdale star Kelvin Fletcher was crowned the 2019 champion and in 2018 EastEnders actor Charles Venn left the show in week 11.

Coronation Street actress Georgia May Foote appeared in the 13th series of the show and finished a runner-up with her partner Giovanni Pernice.

Now the latest series has come to an end speculation over who will be the first celebrity to sign up has begun.

Similar to Georgia, Kym Marsh, who plays Michelle Connor in the soap, could be swapping the cobbles for the dance floor.

Georgia left the show after five years in 2015 before being announced as a Strictly contestant later that year.

Kym may do the same after her final scenes on the cobbles aired earlier in the week.

After being crowned Queen of the Jungle, Coral bookmakers make Jacqueline Jossa 2/1 to a contestant on the BBC show.

Former Liberal Democrat leader Jo Swinson has been given odds of 5/1 to follow in Ed Balls’ shoes.

At the time of Jacqueline’s departure from I’m A Celebrity…Get Me Out Of Here! Coral’s John Hill said: “She has only been out of the jungle for a matter of days, however, punters are backing Jacqueline Joss to be a contestant on Strictly Come Dancing next year.

“We have also seen money for Jo Swinson to be on the dance floor in 2020 on the show now she has stood down as leader of the Liberal Democrats.”

ByBased on this new persona, one can assume that Jason is no longer concerned with playing by anyone’s rules, including that of his former...
Read more
Tv & Radio

ByUmbrella Academy developer and writer Jeremy Slater is on board as the showrunner for Moon Knight, which will presumably feature Oscar Isaac as alter...
Read more
Tv & Radio

Byjames_peskett@tracker.gg (James Peskett) The gaming superstar opened up about his time on Fortnite during a recent podcast appearance. Turner “Tfue” Tenney is undoubtedly one of the...
Read more