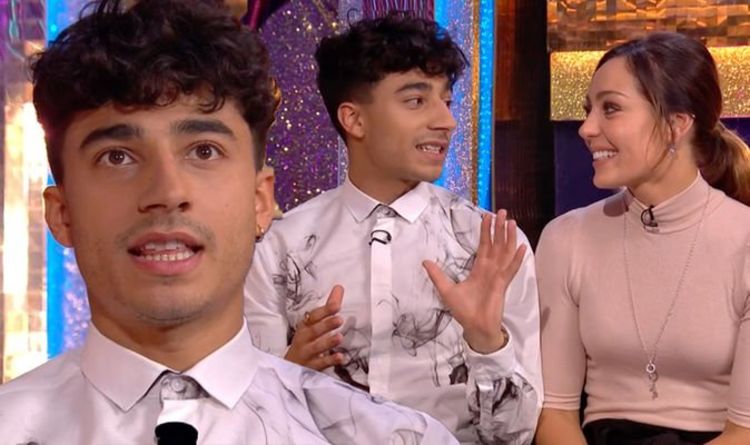 Strictly Come Dancing has been a series full of twists and turns and tonight’s final is sure to be one of the most exciting ever as the three couples take to the floor for one final time. Karim Zeroual has been one of the favourites to win since the show commenced but could he be in trouble this evening?

Karim, who is partnered with professional dancer Amy Dowden, has thrilled viewers and judges alike with his stunning performances throughout the series.

Although he has found himself in the dance off twice, Karim has bounced back both times and is a strong contender to win this evening.

The CBBC presenter scored the first perfect 40 of the competition as Craig Revel Horwood finally got out his ten paddle back in the Musicals Week.

As he will be back to perform on the infamous dance floor for the final time this evening, he exposed a possible disadvantage he has encountered throughout the competition so far which could hold him back from winning.

Speaking at the Strictly Final press launch earlier this week, he revealed what could hold him back from taking the title this weekend.

“The nerves can be quite hard to deal with, it doesn’t get easier. It’s alright once you’re out there and it’s done but when we walk up there stairs I’m shaking like a leaf.

“That’s something I’ve really struggled with, I’m probably one of the most nervous before I dance.

“Just try and hide it very well but that’s something I’ve struggled with,” he added.

Will Karim’s nerves get the better of him in tonight’s Strictly Grand Final or will he manage to pull of three stellar performances and take home the Glitterball Trophy?

Host Gethin Jones proceeded to tell Karim he had been “hiding the nerves well” as the contestant then reflected on his time in the bottom two of the competition.

Asked whether the dreaded dance-off had knocked his confidence, he believed it had helped him to “experience” the show in its entirity.

“It’s never knocked me because I am taking each week as it comes, and yeah why not experience that and each week I come back happy to dance and I’m really proud of myself how deep I can dig to breathe and go back out there and put on an amazing performance that people can enjoy.

He did admit he was not expecting to be in the dance off the first time and said he was “surprised” but managed to stay calm under the pressure.

Karim noted: “I was surprised the first time it happened actually, how am I going to react? As soon as it happened, I was calm and collected and just performed. I love each dance so much, the best thing about it is, you know that, you know what the audience is going to react like.

“It’s kind of like a dress run the show, if they enjoy it the first time and I’m in the dance off, I know they’re going to enjoy it again, if anything, I don’t really think about it,” he added.

The presenter will be performing his leaderboard-topping Jive, jazzy Quickstep and a Showdance in this evening’s series finale as he hopes he can do enough for the public to crown him the winner of Strictly Come Dancing 2019.