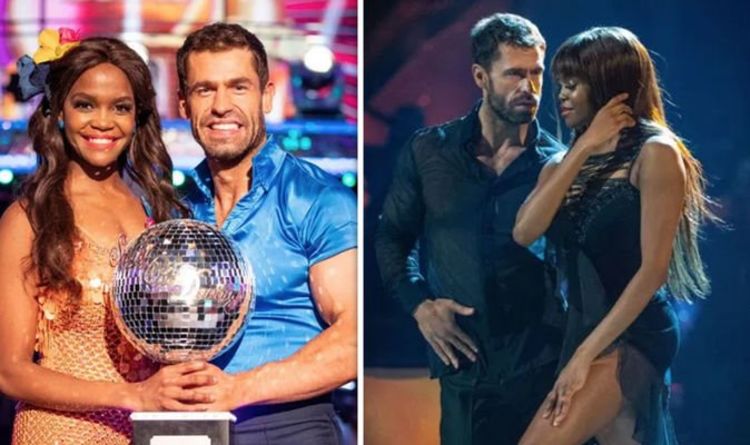 A BBC source told SunOnline: “Oti is a massive asset for the show, but at the moment she is very unhappy and upset at all the reports and has been left saying ‘do I really need all this BS?’.

“She is married and has a lot of respect for Kelvin’s wife and wouldn’t carry on in this way.”

At the end of January in an interview with Express.co.uk, the professional dancer laughed off the rumours of romance and admitted her husband Marius Iepure, 37, even encouraged her to get close to Kelvin during their saucy Rumba performance.

The dancer went on to gush about her long-term spouse about his understanding of the dance industry as she revealed they will have babies in the future, but not yet.