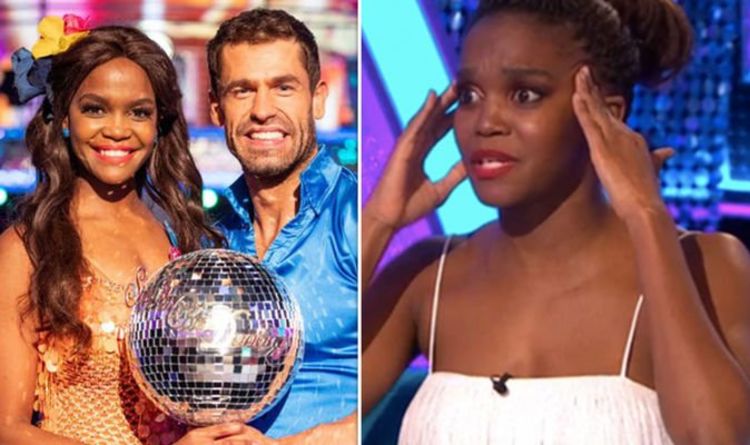 Oti Mabuse lifted the illustrious Glitterball trophy last year with Emmerdale star Kelvin Fletcher but her Strictly Come Dancing colleague Katya Jones has hinted it could be her last. Oti is on the professional line-up for this year, but could it be the final time she takes to the dancefloor?

Katya told Female First: “We’ve got respect for everybody so we try not to fish for anything.

“But you can see with Oti doing her thing, you know?

“You expect people to have other projects and whatever she decides, we’ll be there.”

Oti has been busy following her Strictly win with Kelvin as she was a dance caption on The Greatest Dancer.

The professional dancer won the series two years in a row as she pursues opportunities away from Strictly.

A source added to the Daily Star Sunday: “She was a real hit with viewers on ‘The Greatest Dancer’ and that has opened up a lot of new opportunities.

“She has a nice, easy way on camera, as fans saw when she guest-presented ‘The One Show’. It’s an exciting time for her.”

And she’s not the only one as Kevin Clifton announced earlier this month he would be leaving the series to hit the West End stage.

Later, speaking on This Morning, he explained he was offered an opportunity he couldn’t turn down.

He told hosts Eamonn Holmes and Rochelle Humes: “Well, I’ve always been thinking when would be the right time to leave and pave the way for younger dancers.

“I’ve done seven years and achieved everything I wanted to achieve. It was something I was thinking about.

“Something came along that has been my inspiration since I was 10 – Strictly Ballroom.

“I said one day they will put it on stage and I want to play the title character.