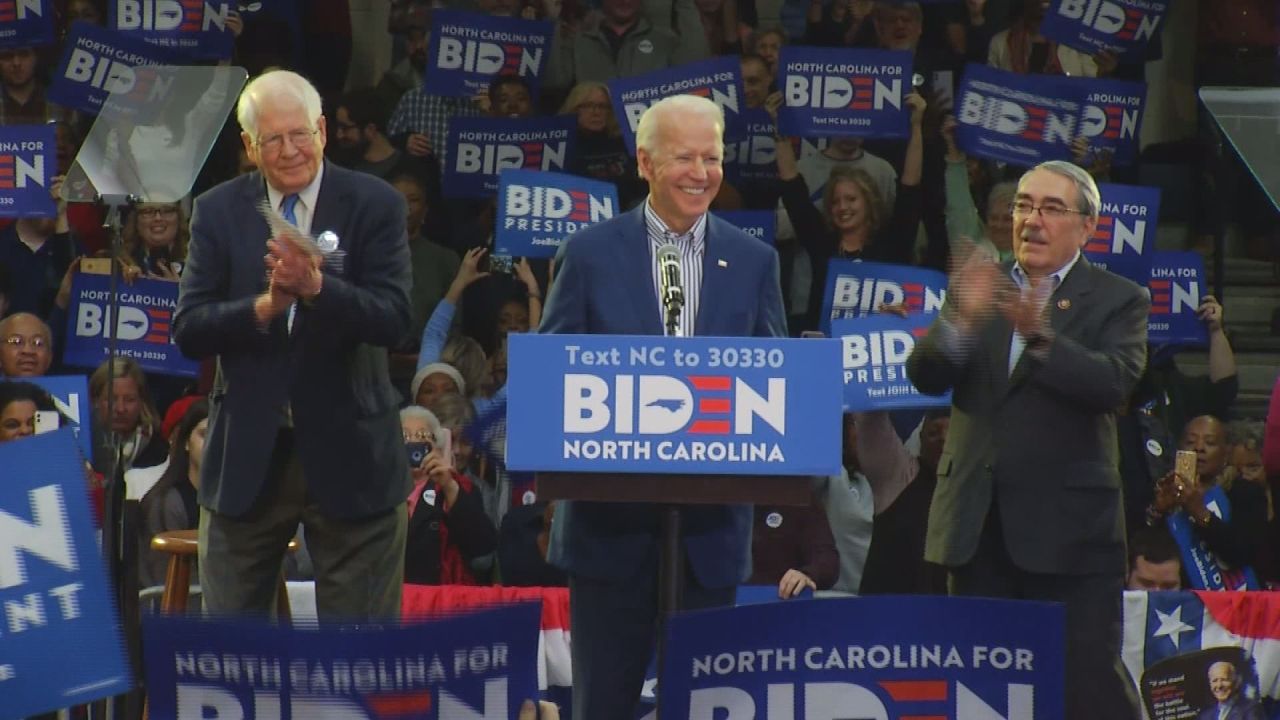 As of 4 p.m. Wednesday, the Associated Press reports Biden will receive 65 of the 110 delegates that were up for grabs in the state’s primary. Sen. Bernie Sanders got 35, while two went to Sen. Elizabeth Warren and one to former New York Mayor Mike Bloomberg. Seven delegates were still undetermined.

“His strong connections with the African-American community and support by many folks who were active in both the Clinton and Obama administrations. I’m not surprised he had a strong turnout,” said North Carolina Democratic Party Chairman Wayne Goodwin on Biden’s win.

A week ago, polling indicated a tight race in North Carolina among Biden, Sanders and Bloomberg.

The conservative Civitas Institute conducted a poll after Biden’s win in South Carolina and released it Tuesday morning as the polls in North Carolina opened. That new poll suddenly found Biden expected to receive 44.8 percent of the vote, which turned out to be off by just 1.8 percent.

“What we saw was African-Americans breaking away from being undecided and breaking even more for Joe Biden. And then some of those 35-to-54 year-olds that had been one of sort of the pillars for the Bernie Sanders coalition start to break a little bit more for Joe Biden at that point,” said Donald Bryson, president and CEO of the Civitas Institute. “It’s very difficult to underplay how important it is that our neighboring state to the south had gone for Joe Biden and the press that he got from that. On top of that, we’re a much more diverse state than New Hampshire or Nevada.”

Before primary day, more than half a million people had already cast ballots in the Democratic primary. The total Democratic vote turned out to be 1.3 million, which is above the turnout in 2016 but below turnout in 2008.

“Over the last three or four days, I think there are all kinds of signs of energy in the Biden campaign,” Blue said. “If you’d seen that level of energy and that level of organization three months ago, this thing would have been over with.”

NC Democratic Party spokesman Robert Howard said he expects the delegate total to be finalized after the state certifies the election results on Mar. 15.