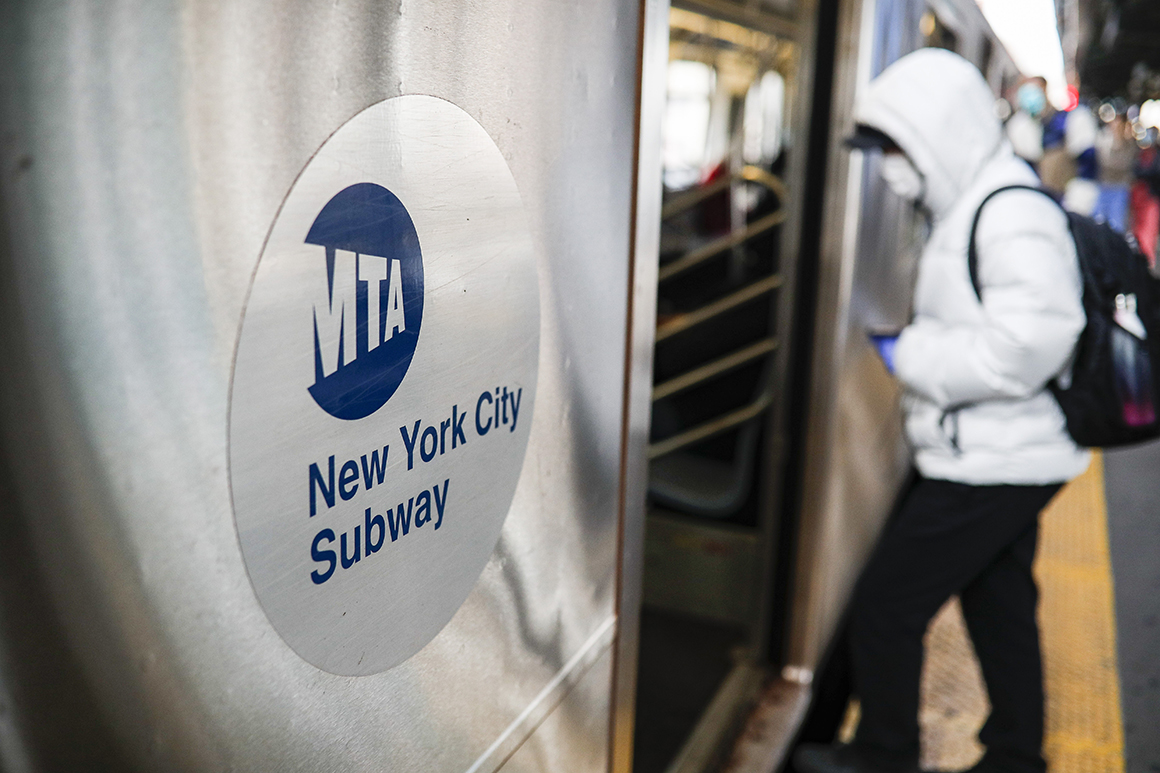 In the New York Metropolitan Transportation Authority’s headlong search for ways to woo riders back to the nation’s biggest transit system once the pandemic eases, no idea is too outlandish.

Subways and buses are the circulatory system of the most economically important city in America — they carry more than 5 million people a day during normal times, from grocery clerks to investment bankers, to and from their homes and jobs.

They’ve also likely been a central conduit for the spread of Covid-19 and are seen as among the factors in New York becoming the epicenter of the crisis.

The city’s — and by extension the country’s — economic recovery from the pandemic may well depend on New Yorkers’ willingness to return to the subway. The city’s 8.4 million residents cannot all drive to work. Nor can they all walk or bike, though those methods will likely gain in popularity during the recovery.

Rather, it’s up to Gov. Andrew Cuomo’s famously sclerotic Metropolitan Transportation Authority — whose leaders only weeks ago assured riders it was safe to travel the trains and buses — to somehow reassure them it’s safe to come back in the coming months.

“It’s going to be a long time before I would let any member of my family into a crowded bus or subway,” said Dick Ravitch, the former MTA chairman credited with saving the subway from financial collapse in the 1980s, in an interview this week.

Officials are exploring the feasibility of taking the temperatures of some passengers before they enter the subway system. They’re mining the experience of their global counterparts from Seoul to Milan who are ahead of New York on the pandemic’s trajectory.

And in recent weeks, the MTA has begun applying a chemical compound to surfaces in its subways and buses that authority officials say could continuously eradicate Covid-19 for up to three months

After a period of time, the MTA swabs the surfaces and sends the samples to a lab to determine if there are any microbes, germs or viruses on them, an official told POLITICO, requesting anonymity because he was not authorized to speak with the press.

The MTA declined to identify the chemical it says it has applied to each of its subway cars and about a quarter of its buses, except to say that it is an “anti microbial biostatic compound.” Workers administer it using an electrostatic applicator.

“We’re working with federal and other labs to determine whether the product has a virus-killing efficacy that lasts beyond the initial application,” said MTA chairman Pat Foye.

MTA officials declined to name the product’s manufacturers, but expressed hope that their claims of long-term virus-killing capacity prove true.

“If that were to occur, that would be a great development,” Foye said. “We have not had it confirmed, not to say that it won’t be confirmed.”

“It doesn’t pose any health issues,” he added.

For wary straphangers, that may take some convincing.

Making matters worse, the MTA will almost certainly have to make its persuasive pitch before there’s widespread availability of an effective vaccine or antiviral treatment.

“We’re going to be appealing to tens of thousands of MTA colleagues and literally millions of customers and making a case,” Foye said.

“I can tell you I would be really scared to get on a subway train [right now],” said Richard Florida, the University of Toronto professor known for his research on cities and the creative class.“That tells me something. I’m a dyed-in-the-wool urbanist.”

Roughly 450,000 New Yorkers are riding the subway system these days. Before the pandemic, daily ridership was 5.5 million. Today’s riders are largely essential workers: the nurses, doctors, grocery store workers and home health care aides without whom New York City could not battle the virus. Many are of modest means with few alternate transportation options.

Those who can work from home are largely doing so, and presumably will continue to do so as long as their employers allow. For a while, as the MTA ramps up to higher levels of service, that should suit it just fine.

But the MTA’s finances are fare dependent, it’s facing financial stress that Ravitch says exceeds that of the 1970s, when New York City almost went bankrupt, and at some point, it will have to proactively drive up ridership for the sake of its own bottom line. That will pose something of a marketing challenge, particularly given the high fatality rate suffered by the New Yorkers most exposed to the system, the MTA’s own workers. As of Friday afternoon, 98 had died from the coronavirus.

“What a tragedy that Andy Byford is not leading New York City transit right now,” said Brad Lander, a Councilman from Brooklyn, referring to the former transit chief who clashed with Cuomo and resigned in January. “We just had the system’s best leader in a generation and right at the moment that we need him, [he] is not there.”

As part of its appeal, the MTA will have to convince New Yorkers that the subways are clean. The governor is already planning to close the subway system from 1 a.m. to 5 a.m. for the first time in its 24-7 history to more effectively disinfect it and clear out the homeless. But Cuomo cast that as an effort benefiting the essential workers who ride the system right now.

When it’s time to start marketing to those New Yorkers with more commuting choices, the MTA is looking to things like ultraviolet radiation. Such radiation is now used in hospitals for disinfection, Foye said, and scientists are confirming that it is in fact effective against Covid-19. In the meantime, the MTA is experimenting.

One problem with ultraviolet radiation is that its utility vanishes the minute a surface is reexposed to the virus. Hence, the MTA’s experimentation with purportedly longer-lasting antimicrobial products.

The MTA’s challenges are not unique. Major cities around the world are confronting similar issues. Beijing has been using artificial intelligence and handheld scanners to screen the temperatures of some subway passengers. It’s also been requiring passengers book access to particular stations on an app, according to Mohamed Mezghani, the secretary general of the International Association of Public Transport.

Seoul’s metro has announced it will sanitize its vehicles 14 times a day, Mezghani said. Cities are staggering work and school hours to flatten the commuting peak. Milan is marking circles on its subway and bus floors to show riders how to stand at a safe distance from each other. Where they can, systems are trying to increase train and bus frequency to increase capacity and reduce crowding. France and Italy have both mandated social distancing in their transit systems, said Mezghani, though he’s doubtful it’s all that feasible.

“I would say social distancing and mass transportation are not compatible,” he said.

Any longstanding public aversion to mass transit will create problems for the rest of the city.

If New Yorkers turn to individual cars, they will magnify the city’s famous pre-Covid gridlock. Transportation experts worry that New York City will experience the same traffic problems it dealt with after Sept. 11, and then again after Hurricane Sandy, particularly since the MTA’s bid to implement congestion pricing in Manhattan has stalled.

Advocates for greener transportation argue that this pandemic comes with the rare opportunity to reimagine the city’s streetscape, with scores of new protected bike lanes and bus lanes and pedestrian plazas, and stringent high-occupancy vehicle requirements on bridges and tunnels.

“Now’s the time to build bicycle, pedestrian bridges, which are being done in London, in Paris, even in Dublin, Ohio, outside of Columbus,” he said.

Following weeks of pressure, City Hall is making some moves in a greener direction. This week, it announced a goal of widening sidewalks, opening up roads to pedestrians and establishing bike lanes along up to 100 miles of streets. There are 6,000 miles of roadway in New York City.

In an interview, New York City Transportation Commissioner Polly Trottenberg suggested there might be more to come.

“I think that’s a bit of a template for what we’re going to need more of on the surface, as we come out of this, obviously, space for folks to be outdoors and maintain some distance,” she said.

But she also warned that there is no Gotham without a working subway and bus system.

“New York City is a city that can only really function with mass transit,” she said.