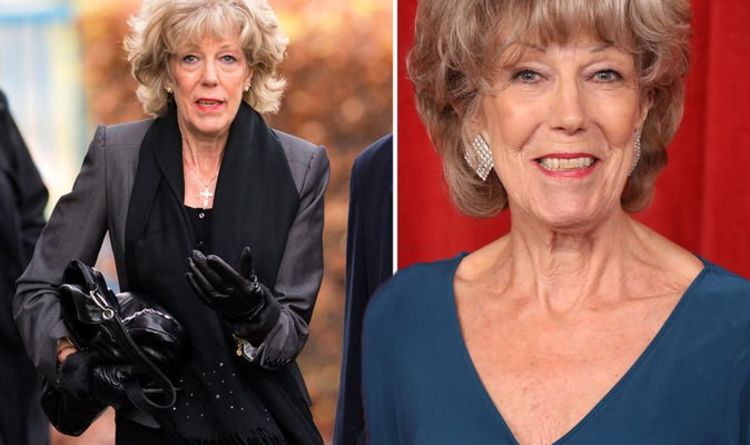 Sue’s seasoned professionalism has earned a loyal fanbase and one attentive audience member repaid the favour.

Anna Bianconi-Moore – a nurse who had just returned home from a busy shift in the dermatology clinic at Addenbrooke’s Hospital in Cambridge, spotted an alarming sign on Sue’s skin when watching the show one night.

Anna noticed an irregular-looking mole on Sue’s shoulder, which is one of the symptoms of skin cancer.

“I noticed it was irregular in shape and had at least three different colours that I could distinguish by standing close to the television,” Anna told Mail Online in 2012.

While the dramatic events were unfolding, the mole grew a quarter of an inch, so Sue was referred to a skin cancer specialist who then decided the mole should be removed.

ITV at the time said: “Anna Bianconi-Moore was watching a scene in which Sue Nicholls – who plays Audrey Roberts – was in a sleeveless nightie when she noticed a mole on her shoulder. That mole turned out to be the most deadly form of skin cancer.

“Whilst millions watched the same scene in their living rooms at home, specialist skin care nurse Anna was able to diagnose the blemish as malignant melanoma after pausing the TV and taking a closer look.

“The 55 year old who’s from Suffolk then got in touch with the show to warn Sue to get the mole checked.

“This can happen anywhere on the body, but the most commonly affected areas are the back in men and the legs in women,” says the NHS.

Melanomas are uncommon in areas that are protected from sun exposure, such as the buttocks and the scalp, notes the health body.

In most cases, melanomas have an irregular shape and are more than one colour, the health body explains.

It adds: “The mole may also be larger than normal and can sometimes be itchy or bleed. Look out for a mole that gradually changes shape, size or colour.”

ByThe NHS explained "there are many different types of vitamin B", such as B1, B6 and B12. Vitamin B1 is known as thiamin, which helps...
Read more
Lifestyle

Men's Jeans Are Back, So Suck in Those Guts

BySTRETCH FOR STRETCH Men are pulling out their jeans again, or buying new ones, and the pairs that make the most sense have some...
Read more
Lifestyle