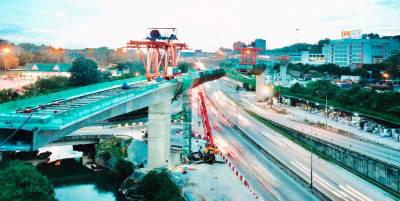 It also clinched a 15-year operating and maintenance contract for Rs7.08 crore (RM4.07 million) per annum via a joint-bid by its wholly-owned subsidiary Sunway Construction Sdn Bhd and RNS Infrastructure Ltd.

SunCon and RNS hold 60% and 40% of the consortium, respectively.

According to the group’s filing with Bursa Malaysia, the project will be operated under the hybrid annuity model for a concession period of 15 years plus a construction period of two years.

Construction for the project will commence in October 2020 and is expected to be completed within two years.

SunwayCon said a concession agreement is slated to be signed in May this year.

Under the hybrid annuity model, NHAI will pay 40% of the project cost in the first two years during the construction period in five equal installments.

The remaining 60% will be paid over 15 years as fixed annuity amount plus interest, which is pegged to the prevailing Reserve Bank of India rate of plus 3%.

“There is no toll right for the concessionaire. Revenue collection from the highway toll would be the responsibility of the NHAI,” said SunCon.

SunCon will fund its share of equity participation in the joint venture (JV) through internally generated funds. Subsequently, the JV will fund the project through its share capital and external borrowing.

RNS was SunCon’s first JV partner when it ventured into India in June 2001 for its first two infrastructure projects.

SunCon expects the project to contribute positively to its earnings from the financial year ending Dec 31, 2021 onwards.