Super Bowl 2020 free live stream WARNING: You could be... 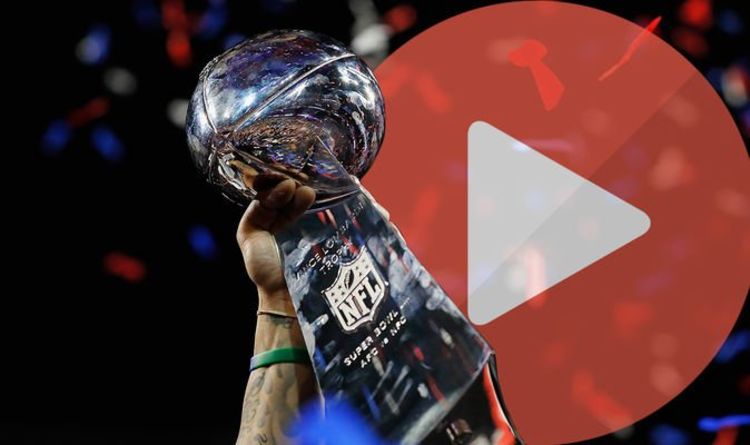 The 54th Super Bowl will kick-off at 11.30pm tonight (6.30pm local time) at the Hard Rock Stadium in Miami, Florida. Almost 65,000 people are expected to fill the arena with millions more expected to tune in across the globe. NFL fans looking for an easy way to stream tonight’s action have been placed on alert by cybersecurity firm EclecticIQ. In fact, the company’s Threat Intelligence Analyst Joseph Woodruff recently spoke to Express.co.uk about the dangers of online streaming, especially for huge sporting events like the Super Bowl.

Woodruff urged individuals to remain vigilant of legitimate-looking streaming sites that could contain dangerous malware with the ability to compromise your personal data.

He said: “The Super Bowl is historically one of the most-watched broadcasts in the US, going on to attract massive audiences across the globe. However, high-profile sporting events such as the Super Bowl have also become a hot-spot for cybersecurity threats, attracting malicious actors looking to capitalise on people searching for streaming sites as a means to execute various cyber-attacks.

“Fake streaming sites and redirects are a popular tactic used by cyber criminals, and fans searching for different ways to watch the Super Bowl this weekend need to be aware of them, even if they look legitimate.

“One way cyber criminals use these sites to target users is by telling them they have malware on their machine, recommending they call a support number and during the phone call, installing software which allows them to control their device. Once they have access to the system, further damage can be done, whether that is stealing payment details or installing ransomware.

“Hackers can also compromise the safety of viewers through something called ‘typo-squatted domains’, where fake URLs host sites that appear genuine.”

Instead, those in the UK are urged to watch the Super Bowl through legal channels. Sky Sports and BBC One will air coverage of tonight’s game, the latter of which is completely free if you’ve got a TV licence.

Sky Sports’ coverage will begin at 10pm before kick-off at 11.30pm while BBC One will broadcast five minutes before the actions gets underway.

Remember, you don’t have to watch Sky Sports or BBC One on your TV, you can also access coverage from a variety of other devices, too.

All the action can be followed on your desktop or laptop via the Sky Go app, which if you’re an existing customer, is also available on iOS and Android smartphone and tablet devices.

Sky Go is also available on a number of platforms including Amazon Fire devices, iPad, Mac computers and laptops, Playstation 3, PS4 and Xbox One.

The BBC Sport website will show coverage of the game live, complete with real-time text commentary.

The BBC Sport smartphone app – which is available to download for free on iOS and Android devices – also boasts live coverage and text commentary.