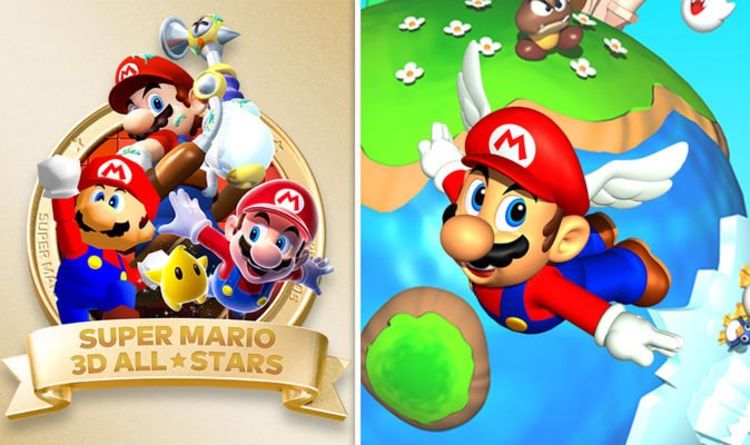 When Super Mario 3D All-Stars was announced for Nintendo Switch, it was hard not to get excited about revisiting three bonafide classics.

The good news is that despite one or two issues that come with old age – which we’ll get to in a moment – all three games look fantastic and play great.

This is undoubtedly a titanic collection of true classics, albeit with one or two caveats that are worth considering before you buy.

For starters, this isn’t the most lovingly created bundle, missing out on the kind of archive and bonus museum features that games of this magnitude deserve. On the plus side, it does come with soundtracks.

How much you enjoy Super Mario 3D All-Stars also depends on how you plan to play each game, particularly Super Mario Galaxy.

Bursting with colour, creativity and charm, Super Mario Galaxy is a unique and inventive platformer that’s chock-full of surprises. Where most games settle on one or two core ideas and use them throughout,  Super Mario Galaxy introduces something new and unique in almost every stage.

The 3D All-Stars port of Super Mario Galaxy benefits the most from the graphical touch up, looking smoother and crisper than ever, especially when played on a TV.

The problem, however, is that Super Mario Galaxy was originally designed as a Wii game, when motion controls were all the rage.

If you’re playing in docked mode with the Joy-Cons detached, Super Mario Galaxy plays almost identically to its Nintendo Wii predecessor. Factor in the new and improved visuals, and this is the absolute best way to enjoy this timeless masterpiece.

Play it exclusively in handheld mode, however – like on a Nintendo Switch Lite – and Mario Galaxy loses a little of its magic.

Collecting and shooting star pieces using the touchscreen is awkward and clumsy, and despite the inclusion of co-op with a detached Joy-Con controller, having a second player only really works on a big screen.

Super Mario Galaxy isn’t a bad game because of it, but it is something to consider if you’re playing on a Nintendo Switch Lite.

As for the other two games in the collection, I would argue that both games are improved by being on the Switch, even if they are starting to show their age.

In Super Mario Sunshine, for example, all of your water firing functionality was assigned to one of the Gamecube’s trigger buttons. Pressing the button gently would allow Mario to spray water while running, or you could press it the whole way down for precise aiming while standing still.

The 3D All-Stars version of Sunshine splits these functions across two buttons. One button is used to spray when running, while another is used to stop and aim.

While I always loved the feel of the Gamecube’s analogue trigger buttons – and it’s a shame there isn’t an option to use a Gamecube pad for Mario Sunshine – assigning Mario’s spraying functions to two different buttons eliminates silly mistakes, so I actually prefer it.

While we’re on the subject of the divisive Super Mario Sunshine, the game’s cutscenes are greatly improved in 3D All-Stars, and the increased resolution helps breathe new life into this bright and colourful entry.

The biggest problem with Sunshine is the camera, which feels incredibly restrictive at times, particularly during the already challenging platform levels, when your water-based backpack is removed and there’s less margin for error.