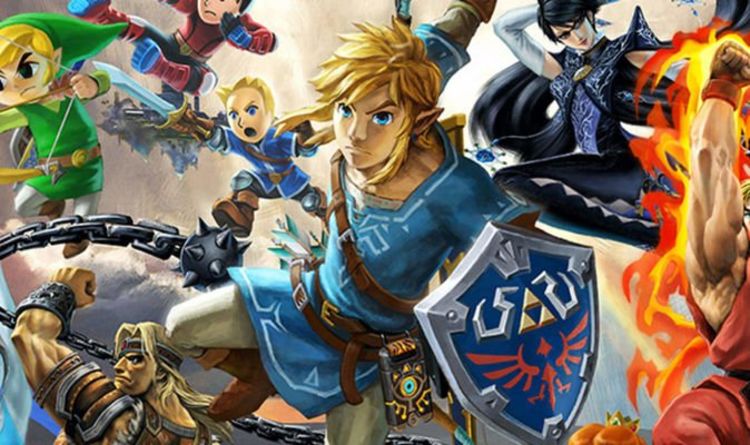 Nintendo Switch fans are waiting for Nintendo to reveal the next batch of Super Smash Bros Ultimate DLC characters.

Rumoured characters for Fighters Pass 2 include Waluigi, Crash Bandicoot, Minecraft’s Steve, Master Chief from Halo and the Marine from Doom.

However, if the characters revealed in Fighters Pass 1 proved anything, it's that fans should expect the unexpected.

Indeed, if the game's latest Spirit Event is anything to go by, Nintendo may be planning to bring Ring Fit Adventure characters to Super Smash Bros Ultimate.

From March 13 until March 18, Smash Bros Ultimate players can tackle the 'Spirits Fit for a Fight' Spirit Event.

The brand new event will add the male and female Ring Fit trainees to the Spirit board, as well as bodybuilding dragon Dragaux.

The news was announced by Nintendo on Twitter: "It's time to get those gains! From 3/13-3/18, the Spirit Event “Spirits Fit for a Fight” will add 3 new spirits! Work up a sweat keeping an eye out for the new Ring Fit Trainees from #RingFitAdventure to add to your Spirit Board!"

Who knows, if the event proves to be a success, maybe Nintendo will make an exception, and turn Ring Fit Adventure spirits into playable DLC characters.

This includes Byleth from the Fire Emblem series, as well as Fatal Fury mainstay Terry Bogard.

That's in addition to Joker from the Persona series, Hero from various Dragon Quest games, and Banjo & Kazooie. Piranha Plant also launched as DLC, although not as part of the Fighters Pass.

As for Fighters Pass 2, reports suggest that Waluigi will make an appearance as a downloadable character.

The rumours gained traction after video producer Brian David Gilbert campaigned for a game dedicated to the cult favourite character.

Nintendo CEO Doug Bowser would reply to the video with a clapping emoji and purple heart, which suggests we'll see more from Waluigi soon.

As for Nintendo characters, we'd love to see Dr. Kawashima from the Brain Training series in Smash, or perhaps even Captain Toad.

Shovel Knight is another character that would be a good fit for Smash Bros, especially given the success the franchise has had on Switch.

Perhaps we'll find out during the next Nintendo Direct conference, which is rumoured to take place in March.