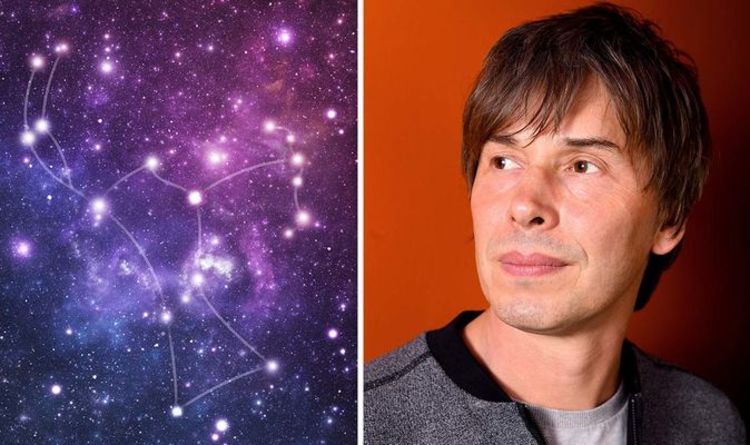 Tonight, Britons are in for a treat when the “brightest pink Moon of 2020” will appear, making the lunar body much larger than usual at around 3:30am. But, with less pollution in the air and fewer planes in the sky, there has never been a better time to become an amateur astronomer and explore the whole of the cosmos. This hobby is nothing new, it follows traditions that go back to the birth of humanity, and cultures around the world have celebrated, investigated and built monuments in hope of understanding how the universe works.

Professor Brian Cox previously revealed two of his favourite constellations in the night’s sky that can be seen with the naked eye.

He told The Sun in 2011: “If you’re out of a city it helps a lot – the glow from street lights obscures all but the brightest of the sky’s treasures.

“But even so, some are so spectacular that you will see them from anywhere.

“Orion is the easiest of the star patterns to spot and is filled with fascinating objects.

“The bright star at the top left is called Betelgeuse, If you look carefully, you will see that it’s a red star.

“This is because Betelgeuse is a red giant – a star at the end of its life, rapidly running out of nuclear fuel.”

Professor Cox explained why this star will one day shine as bright as the Sun before revealing the other wonders of the Orion constellation.

He added: ”Betelgeuse is so enormous that if you placed it in our solar system where the Sun sits, every planet out to the orbit of Jupiter would be inside it.

“It is also likely to explode very soon – by which I mean in a few thousand years, although it could be tomorrow – and when this happens it will shine so brightly that for a few spectacular weeks we will have a second sun in our sky.

“It appears as a misty cloud between the constellations of Cassiopeia and Pegasus, yet it is far more distant than all the stars you can see in the sky.”

The British physicist even speculated on what might be going on millions of light-years away.

He added: “Andromeda is an entire galaxy containing hundreds of billions of stars, 2.5million light-years from Earth.

“That means that if you were to travel at the speed of light, 186,000 miles per second, it would take 2.5million years to reach it.