Supernova Betelgeuse: ‘Blast of energy’ detected near star – Did it supernova? 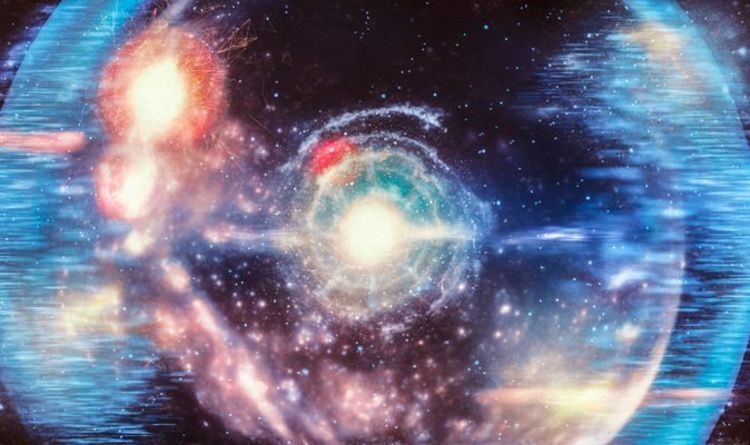 Betelgeuse has hit the headlines in recent weeks as astronomers noticed that it was gradually dimming. Researchers have been monitoring the star for years, but in the past few months, it has begun dimming rapidly. In December, Betelgeuse went from one of the top 10 brightest stars visible to the naked eye to the 21st of roughly 5,000 which can be seen.

The dimming would suggest that it is expected to supernova.

Edward Guinan, a professor in Villanova University’s Department of Astronomy and Astrophysics, and his team wrote in the Astronomers Telegram: “This appears to be the faintest the star has been measured since observations have been carried out of the star.

“We plan to continue to monitor the star. If the star continues to follow above periods, light minimum should occur soon.”

Now, researchers have noticed a strong burst of energy coming from near to the star, which one astronomer had hoped was a result of Betelgeuse undergoing a supernova.

Another possibility is there was a gravitational wave coming from the same constellation.

Gravitational waves are caused by calamitous events in the cosmos such as neutron stars colliding or black holes merging, which produce such a powerful shock that it sends ripples through the fabric of space-time.

However, sometimes the cause of a gravitational wave cannot be explained.

Andy Howell from Las Cumbres Observatory, who studies supernova and dark energy, noticed the gravitational wave data and said he ran outside to see if Betelgeuse had undergone a supernova.

Mr Howell wrote on Twitter: “For the record, I do know that it can take hours for the shock to reach the surface.

“I didn’t point that out initially because I didn’t want people staying up all night to watch Betelgeuse. I was mostly joking (but I did walk outside because I couldn’t resist).”

However, as it turned out, the gravitational wave data was more likely a glitch in the system.

Mr Howell added: “It isn’t Betelgeuse blowing up because: The burst might not even be real. The burst was probably too short. No neutrinos were detected. Betelgeuse’s dimming is well explained.”

Stars supernova when they are at the end of their lives and have run out of fuel after many millions of years.

When they do, they implode, collapsing in on themselves under their gravitational force before a huge explosion occurs.

NASA said: “As a star runs out of nuclear fuel, some of its mass flows into its core.

“Eventually, the core is so heavy that it cannot withstand its own gravitational force. The core collapses, which results in the giant explosion of a supernova.”