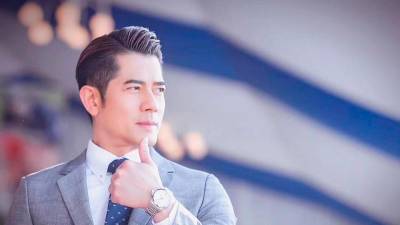 Now, it seems that he is also holding an online concert on Saturday (May 9) to help out the people in the entertainment industry who are currently unemployed due to the pandemic.

The Aaron Kwok Cheer Up & Dance Charity Concert 2020 is set to begin at 5pm and will be streamed live on the actor’s Facebook page and on Youtube.

According to CNA Lifestyle, Kwok mentioned that the relief measures by the government did not benefit the acting industry such as dancers and those working behind the scenes on films. The concert also aims to bring positive vibes to the masses during the trying period.

In a report by SCMP, the date of the concert is significant for Kwok himself who lost his mother three months ago. Held one day before Mother’s Day, the concert is also his way of sending blessings to all mothers.