Supervolcano WARNING: Humans would struggle to survive eruption – but can’t prevent it 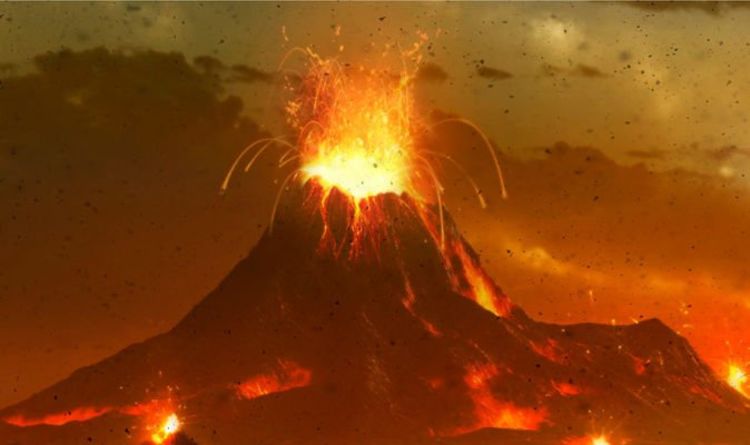 By definition, a supervolcano is one which has had an eruption of magnitude 8 – the highest and most violent possible – on the Volcano Explosivity Index (VEI) throughout its history. The US is a hotspot for supervolcanoes, with four located in the North American country, while Europe only has the one – but it is one which could destroy the continent – Campi Flegrei in Italy. The most recent supervolcano eruption came 26,000 years ago, when Taupo, located in New Zealand’s North Island, burst into life shoving 1200 cubic km of pumice and ash into the atmosphere.

By some studies, this means a supereruption is long overdue.

A 2017 study from Jonathan Rougier, a professor of statistical science at the University of Bristol, found that a super eruption occurs roughly every 17,000 years.

By Prof Rougier’s reasoning, we are overdue a supereruption, and he said we are “slightly lucky not to experience any”.

Now, one expert has warned that humanity can do little to prevent a supereruption, and that it could spell the end of our species.

Bryan Walsh, author of the new book End Times which examines the existential threats to humanity, told express.co.uk: “We don’t have any means to stop a volcano from erupting and that worries me.

“Even experts in this field, when they look at natural threats they believe a supervolcano eruption is most likely.

“There hasn’t been a supervolcano eruption in 26,000 years so it is unlikely that one will happen tomorrow, or the next day or in a hundred years but the threat still remains and there is no defence against it and that would be a global catastrophe.

“With warning we can take some steps to evacuate people, but we can begin to think about how it will impact global agriculture and supply chains, what can we put in place now to prepare for this horrific event.

The United States Geological Survey (USGS) said: “Such a giant eruption would have regional effects such as falling ash and short-term (years to decades) changes to global climate.”

They would also effect the landscape of the planet.

The USGS continued: “Such eruptions usually form calderas, broad volcanic depressions created as the ground surface collapses as a result of withdrawal of partially molten rock (magma) below.”

- Advertisement -
Facebook
Twitter
Pinterest
WhatsApp
Linkedin
ReddIt
Email
Tumblr
VK
Previous articleHolidays: Tourists to be charged to visit one of Sardinia's most famous beaches – why?
Next articleSwinson on the brink: Remain voters turn on Lib Dems as shock move could see Tory triumph