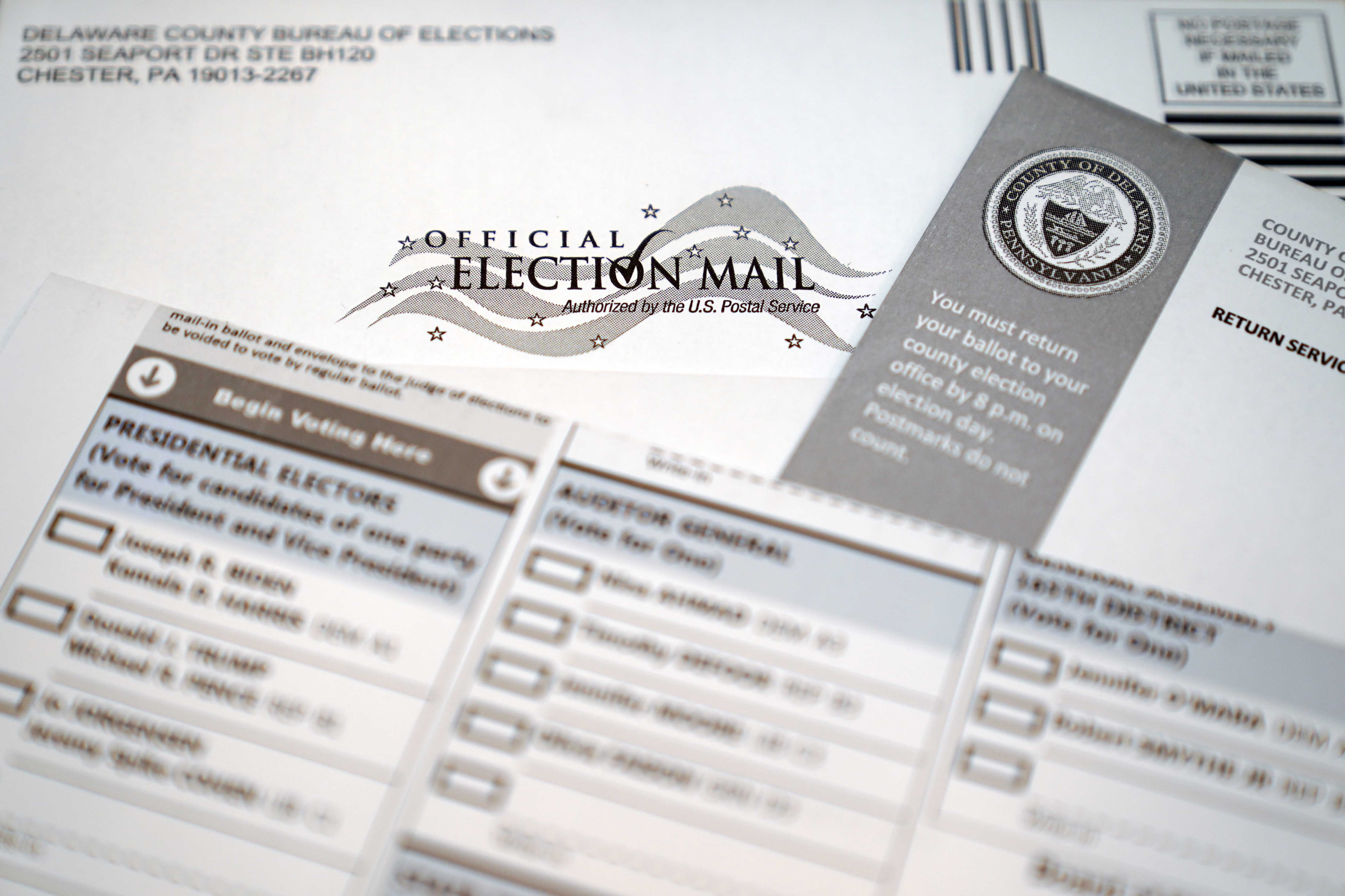 The announcement from the court indicates that the shorthanded court divided 4-4, with Chief Justice John Roberts joining with the three remaining Democratic appointees to refuse to grant emergency relief in the case.

Under court rules, a majority of the voting justices is typically needed to grant a stay. If the court divides evenly, no relief is granted, meaning the action by the last lower court to handle the matter remains in effect.

The court’s deadlock in the Pennsylvania case and the possibility that it signals a similar result in other cases from battleground states could further intensify an already hard-fought battle over Trump’s nominee to replace Justice Ruth Bader Ginsburg, who died last month.

The result raises the possibility that if the Senate acts in the coming days to confirm President Donald Trump’s nominee, appeals court Judge Amy Coney Barrett, the high court could form a majority capable of stepping in and blocking the ruling the Pennsylvania Supreme Court issued last month if the state GOP or leaders from the state legislature seek to renew their emergency applications.

In their requests for relief, Republicans complained that the state court’s ruling — triggered by the coronavirus pandemic and potential postal delays — violated the U.S. Constitution by usurping the role of the state legislature and by pushing the election past Election Day.

Democrats said those arguments were without merit, with the state Democratic Party urging the justices to move the case from the emergency docket to the regular one and issuing a precedent-setting ruling that would strengthen Democrats’ hand in fighting similar GOP-led legal challenges in other states, which the court also did not do.

Legal experts say the easiest way for Republicans to raise the extension issue again would be to simply file a petition for “certiorari” with the Supreme Court, asking the justices to formally take up the case. The court typically would take months to act on such a petition but could accelerate the process.

The win for Democrats in this year’s pitched legal battle over election rules prompted an acrimonious clash on social media between attorneys on both sides of the fight.

“GREAT NEWS for voting rights and voters in Pennsylvania!,” Democratic attorney Marc Elias declared shortly after the ruling was announced.

“This is a loss for voters and for election integrity, you partisan hack,” Trump campaign lawyer Jenna Ellis responded.

“Being called a ‘partisan hack’ by a lawyer for Donald Trump is a badge of honor I will wear proudly for a lifetime,” Elias countered.

Citing the ongoing dangers posed by Covid-19, Democrats have been pressing to extend ballot counting periods and ease mail-in voting by lifting technical requirements — while President Donald Trump has warned based on little evidence that those changes will lead to massive fraud. Some in the GOP have chafed at the president’s statements, noting that Republicans often outperform Democrats in mail-in and absentee balloting.

In a Sept. 17 ruling, the Pennsylvania Supreme Court approved Democratic Secretary of State Kathy Boockvar’s request to extend the absentee ballot receipt deadline to 5:00 p.m. on Friday, Nov. 6. She said such an extension was needed to address delays due to recent postal service changes that could result in ballots not reaching election officials as quickly as they have in the past.

Under the state court decision, ballots postmarked after Election Day would not be counted, but those lacking postmarks would be counted if they arrive in the ensuing three days, unless “a preponderance of the evidence demonstrates that it was mailed after Election Day.” The Pennsylvania court also approved the use of drop-boxes to collect absentee ballots.

However, the same court turned down a request from some voters and voting rights groups for a seven-day window for cast, mailed ballots to arrive.

Trump’s campaign also challenged some of the same Pennsylvania election procedure changes in a lawsuit it filed in federal district court in Pittsburgh. A judge there halted the suit during the state litigation but later tossed it out. The campaign could make an appeal, which offers another route to the Supreme Court, but so far no appeal has been filed.

That appeal would go first to the Philadelphia-based 3rd Circuit Court of Appeals, which currently has eight GOP appointees and six Democratic nominees.

However, the federal court suit did not challenge the mail-in ballot-counting extension. The latest version of that suit sought to block the use of unmonitored ballot dropboxes, revoke state-issued guidance urging the counting of ballots with signatures that don’t match the one on file and ease limits on poll watchers.

Earlier this month, the Supreme Court acted in another election-related dispute, restoring a requirement in South Carolina that absentee ballots bear the signature of a witness. A federal appeals court had upheld a lower court’s order suspending the rule, but the justices reinstated it at the request of Republican state officials.

No justice noted a dissent from the South Carolina-related ruling, but three conservative members of the court signaled that they disagreed with a provision designed to ensure that unwitnessed ballots cast during the time the requirement was lifted are still counted.

Roberts’ decision to join the court’s Democratic appointees in ruling on the politically-sensitive dispute is sure to be regarded by some Republicans as yet another betrayal by the chief justice, nominated to the high court by President George W. Bush in 2005.

While Roberts typically votes with his GOP-appointed colleagues in cases that divide the court along ideological lines, he has irked Republicans with a series of departures from that pattern in recent years, including the 2012 decision upholding Obamacare’s individual mandate as well as a ruling this year blocking Trump’s attempt to wind down the Obama-era program protecting so-called Dreamers.

The court took three weeks to act on the emergency applications in the Pennsylvania case — an unusually long period for such requests in the time immediately before an election. The delay prompted speculation that justices on both sides might be writing lengthy opinions, but the court added an air of mystery to its action — or inaction — Monday by releasing no opinions at all in the dispute.