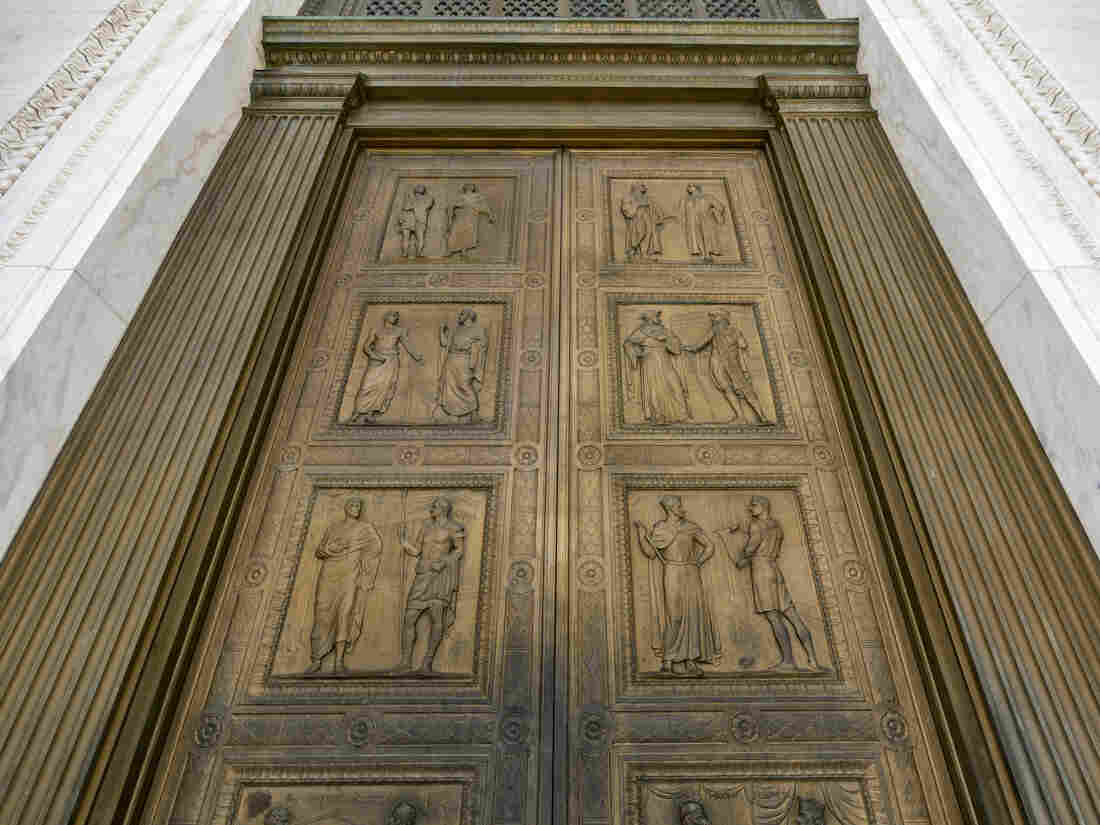 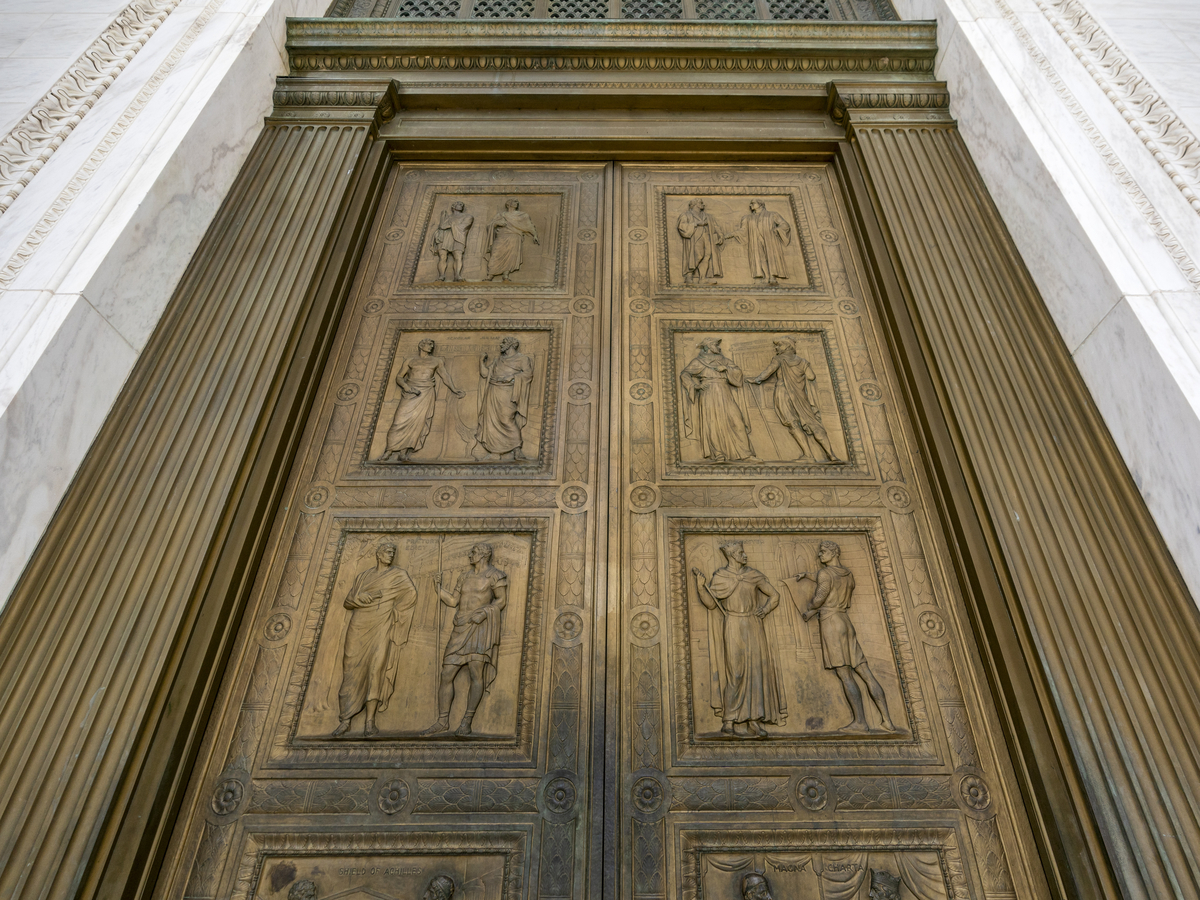 The U.S. Supreme Court ruled Monday that the president can fire at will the head of the Consumer Financial Protection Bureau, the independent agency Congress created in 2010 to protect consumers from abuses in the banking and financial services industry, abuses that led to the 2008 financial meltdown. But the court left intact the rest of the statute that crated the agency.

In order to ensure the CFPB’s independence, the law creating the agency called for it to be headed by a single director, confirmed by the Senate, who would serve a five-year term, and who could only be fired for malfeasance, inefficiency, or neglect of duty.

That independent structure was challenged by the Trump administration, and a firm that was being investigated by the CFPB for misleading financial practices. Both claimed that the limits on the president’s power to fire the agency head were unconstitutional, and today the Supreme Court agreed.

The decision was a victory for President Trump and for forces in the business community that have long sought to trim the sails of independent regulatory agencies, from the CFPB to multi-member-led agencies, among them the Securities and Exchange Commission, the Federal Reserve Board, the Federal Communications Commission, and many more.

But the court did not go as far as the challengers had wanted, limiting the decision to the single-director structure of the CFPB.

There are, of course, other federal regulatory agencies with a single director, including the Social Security Administration. And it was not entirely clear from the decision whether the independence of these other single-director agencies could now be thrown in doubt as well.

Nor was it clear whether the decision really is limited to just the CFPB and possibly a couple of other single-director agencies, or whether Monday’s decision is a first step by the court’s conservative majority in a crusade to strip a vast array of agencies of their independence and make them subservient to the president.

As lawyer Paul Clement who defended the structure of the CFPB in court put it earlier this year, “The issue in this case is like the thread on the sweater that if you start tugging on it, and you tug on it hard enough, the whole sweater comes undone,” and the sweater in this case, he said, is “the entirety of the independent agencies, the whole alphabet soup of agencies.”

Monday’s Supreme Court decision is the first chink in the independent armor of those agencies since 1933 when President Roosevelt tried to fire William Humphrey, one of five commissioners on the Federal Trade Commission. Roosevelt didn’t have a problem with Humphrey’s job performance. The sole reason for the firing was that Humphrey had been appointed by the previous president, Republican Herbert Hoover, and was a conservative who disagreed with Roosevelt’s policy views.

Because the FTC had oversight over many progressive New Deal policies, Roosevelt wanted Humphrey replaced with his own appointee.

The Supreme Court in 1935 ruled unanimously that the president could not dismiss FTC commissioners the way he could his own Cabinet or other members of his administration. The court said that Congress had created the FTC to perform quasi-judicial, quasi-legislative functions and therefore intended it to be politically independent. The Humphrey decision has been reaffirmed dozens of times since it was decided 85 years ago.

But the Supreme Court on Monday Thursday drew a line in the sand over the structure of the CFPB.

The first Senate-confirmed director of the CFPB was Richard Corday, an Obama appointee, who stepped down in November 2017, more than a year short of his designated five-year term. Although the law creating the agency designates the deputy director to take over, Trump put his OMB director, Mick Mulvaney, in charge of the agency, and after Mulvaney became White House chief of staff, the president nominated Kathy Kraninger. She has headed the agency since December 2018.

Kraninger would likely be replaced if former Vice President Joe Biden becomes president. So, in that sense, Monday decision could end up making the agency more accountable first to Trump, and then to Biden, too. Or the Congress could create a multi-member board to run the agency, similar to the commission structure of many other agencies.

The CFPB had two roles when it was created in 2010. One was to put in place a regulatory structure that would prevent the kind of financial collapse that occurred in 2008 from “ever happening again,” Cordray said. The other was to protect consumers.

Once in place, the bureau moved aggressively to protect consumers from bad actors in the banking and financial services sector. A prime example was a crackdown on Wells Fargo. The bank faced heavy fines for creating an estimated 3.5 million fake deposit accounts and fake credit cards in the names of people who didn’t authorize them, and for improperly repossessing the cars of military personnel. Also in the CFPB’s sights: bill collectors, telemarketers, and others accused of misleading consumers.

Among those facing scrutiny was Seila Law, a law firm in California that was under investigation over allegations that it charged consumers illegal upfront fees for debt-relief services, and for allegedly deceiving consumers about those services with misleading advertising and marketing material.

The CFPB, as part of its investigation, issued a letter to Seila demanding certain documents. The firm refused to comply, contending that the structure of the agency is unconstitutional.

In the lower courts, Seila lost and appealed to the Supreme Court, backed by the Trump administration. Typically, the Justice Department defends federal agencies facing legal challenges. But when the Trump administration refused to defend the agency’s action or the structure that Congress created for the agency, the Supreme Court appointed Clement, a conservative lawyer who served as solicitor general in the second George W. Bush Administration, to argue on behalf of the CFPB.

In defending the agency’s structure, Clement noted that there is nothing in the Constitution about the president’s power to remove officers who have been confirmed by the Senate. The Federal Reserve Board, he noted, is a “great example of why Congress imposes these kinds of restrictions,” so as to protect some of our most important institutions “from destabilizing political crosscurrents.”

staronline@reachplc.com (Sofie Jackson) Footage of a brawl in a Waffle House in the United States has gone viral after a woman's boobs popped out of...
Read more
World

Guy Verhofstadt turns on the EU as he rages at bloc's inaction – 'Get a grip Europe!'

The arch Europhile has urged Brussels to “get a grip” of the situation as EU member states fail to agree on sanctions against Belarusian...
Read more