Susanna Reid: GMB host opens up about fears over new... 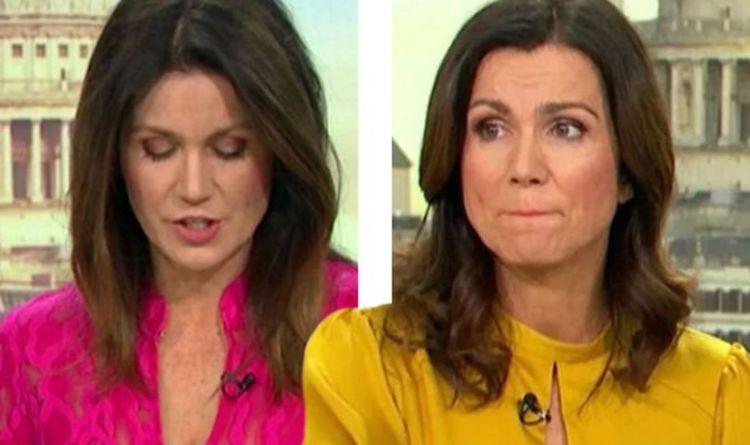 Susanna Reid, 49, has decided she’s going to tackle something new as the government slowly but surely ease us out of the coronavirus lockdown to get us back to normal life. And she’s determined to be a success.

The Good Morning Britain host revealed she has bought herself a new bicycle, which will allow her to avoid public transport and traffic and get fit in the process.

It comes after a survey this week found that 19 percent of commuters are now more likely to cycle to work to avoid catching the tubes and buses that cater to thousands upon thousands of people each day.

But the ITV star was sceptical at first, describing her first experience on her gleaming new red Ridgeback Avenida 7 as “insecure, wobbly and, quite frankly, terrifying.”

Admitting it was Prime Minister Boris Johnson who inspired her to get back on two wheels again, she wondered whether she has what it takes to become a London cyclist.

And while coronavirus is still a threat, there are likely to be many people taking to the roads to avoid coming into close contact with others during this uncertain time.

“I’ve never had the gumption to cycle on London roads before, but I’m determined to be brave,” she wrote.

“After all, isn’t the government spending £2 billion making streets safer for walkers and cyclists?”

The GMB presenter gushed over the “wonderful” feeling of being able to still cycle, but soon came across the many hazards regular cyclists face everyday.

“It’s too dark when I leave home at 4am, there’s too many speeding drivers and helmet hair wouldn’t look good on air. But I still want to do it.”

Her new hobby was triggered by the government’s proposed plans to make London safer, with planned changes set in place for the near future.

“London Mayor Sadiq Khan wants to create a huge car-free zone, and Transport Secretary Grant Shapps speaks grandly of ‘speeding up the cycling revolution,'” Susanna discussed, noting there are “too many” cyclists are killed on roads across the nation, after 99 deaths were recorded in 2018.