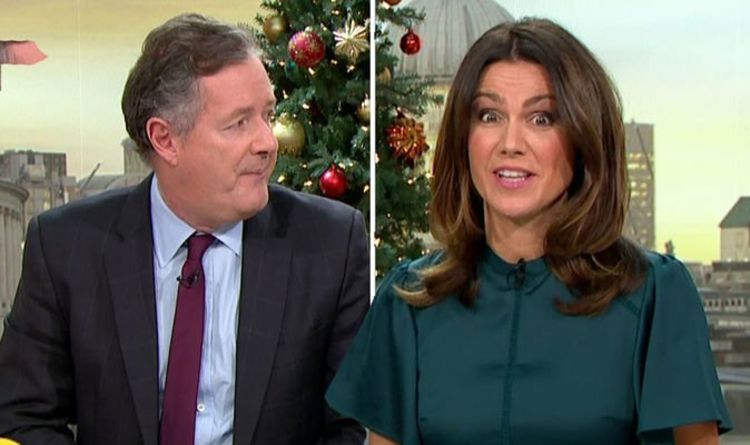 In a candid interview, Susanna was asked if she worried her television sidekick would leave.

She told OK! Magazine: “I think we work extremely well together and we have a partnership that has become quite important to people, so I think if Piers leaves that would be a terrible shame.”

The former BBC Breakfast host went on to joke that she would move on with another television husband if he did decide to quit.

“Don’t forget, I have been doing TV with lots of different TV husbands over the years, so he would just be another one,” she added to the publication.

Piers then joked that he wouldn’t hear from her if he left, prompting her to reply: “That is not true!”

The former newspaper editor has previously explained his reasons why he thought about stepping down from his role on the show.

The father-of-four admitted he found the early 4am starts challenging ahead of the show’s start time.

After speaking with producers, Piers revealed his wake-up call changed to a later time.

The television duo spoke out about their close friendship in an interview last year.

Piers joked that the pair would be “at it like stoats in a sack” if they were both single.

Susanna added: “With other people, of course.”

Piers has been married to Celia Walden since 2010 and the pair share eight-year-old daughter Elise.