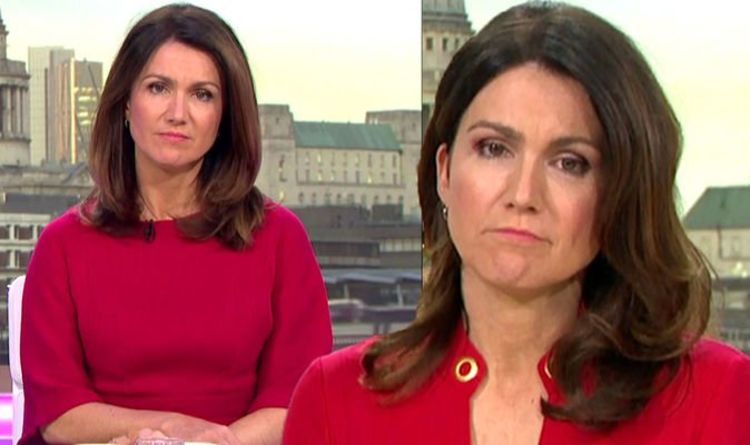 Susanna Reid has opened up about something that happened on a “stormy evening” before Christmas, which “broke [her] heart”. The Good Morning Britain presenter said she had been “kidding” herself up to that point, when it came to a member of her household.

The ITV broadcaster lives in London with her three boys: Sam, 18, Finn, 16, and Jack, 15, from her relationship with ex Dominic Cotton, and the adorable feline.

However, the latter went missing during the festive period, which brought back bad childhood memories.

Writing in her new column for the Daily Mail, Susanna detailed exactly what happened and the “dread” that took over.

She started: “After years of kidding myself that I wasn’t that bothered about the cat, I now have to admit that I care very much indeed.

“That has been brought home to me with great clarity over the past few weeks, because it looked like we were going to lose Suki.”

It came after the moggy spent the whole night outside before returning “bedraggled and limp”.

Susanna continued: “As a child, I was devastated by the loss of three family cats who were all run over in our village — and the fear of experiencing that grief again filled me with dread.

Susanna was minus her co-host Piers Morgan, who boycotted the star-studded bash after claiming the same people triumph every year.

The mother-of-three turned heads on the red carpet in a show-stopping red gown, which was covered in sequins.

The halterneck clung to her curves and featured a small train, while her tresses were worn down in a loose wave.

She was joined by co-stars including Kate Garraway, Charlotte Hawkins and Ranvir Singh.