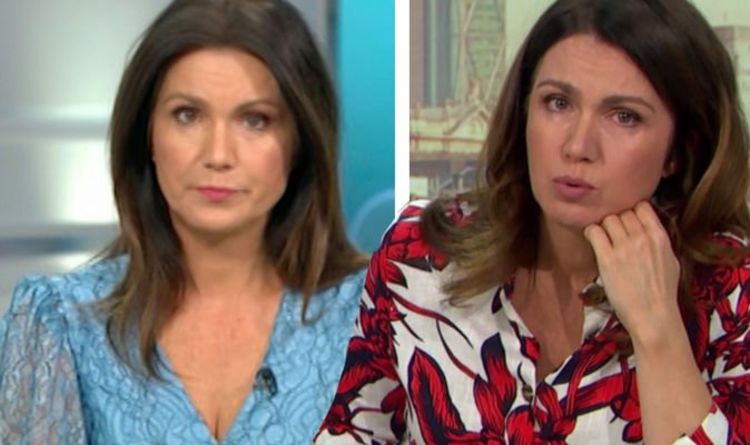 To be in the public eye in this day and age you have to have a thick skin, something Susanna Reid, 49, prides herself with. But writing in her Daily Mail column, she realises that even “thick skin gets thinner”, as it looks like the vicious snake pit that is social media has finally taken its toll on the Good Morning Britain host.

“I’m finally at breaking point”, she wrote, after revealing the amount of wicked messages she receives from trolls everyday.

“I am told I argue too much with Piers [Morgan] and should let him speak more, and at the same time that I agree too often with him and am a nodding lap dog.

When greeting the nation every morning she is hit with messages tearing apart her appearance, views and much more, with comments that will eventually wear even the toughest of people down.

“I am informed I am too fat, too thin, too old and too stupid. Spoilt, narcissistic and attention-seeking are common insults, although honestly no one on TV is going to be offended by the accusation that they seek attention. We’re hardly shrinking violets,” she continued.

She explained her usual way of handling nasty comments was by making an example of the troll, sending a “snappy reply” to particularly foul messages.

While being a TV presenter will come with its fair share of criticism, she acknowledged that the messages began to pour in on a “new level” after she voiced her outrage on the murder of George Floyd in the US by police officers.

“I was told to ‘shut up’ and ‘get in your kennel’,” she described some of the messages she gained in response to her opinion.

“I happened to check my phone when I was making lunch for the kids, and the tirade of sexist insults made my stomach lurch. I thought: ‘Why do I do this to myself?’”

Honing in on racist abuse in particular, the TV star noted that in light of what’s been happening in the US which subsequently triggered protests around the world, social media firms need to “do more” to trace the perpetrators of such vile posts.

She discovered that her footballing hero Ian Wright, has been receiving a torrent of racial hatred and described it as “terrifying” and “much too vile” to repeat in her column.

Her co-host Piers Morgan, had a similar solution when it came to dealing with evil messages, as we all know her outspoken male counterpart is no stranger to online hate.