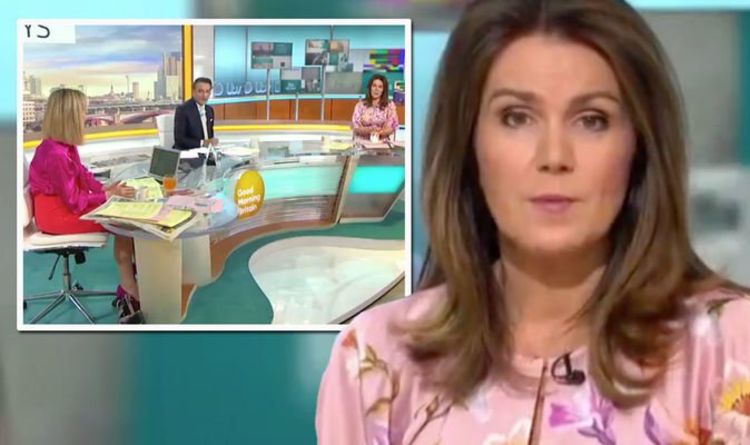 Nina, a 74-year-old journalist and television personality, appeared on Good Morning Britain to share her thoughts on the coronavirus pandemic.

During her live appearance via video link, she suggested the younger generation may have contributed to the recent spread of COVID-19.

The GMB guest said: “The problem is, and you don’t need a piece in The Times to explain it, that young people can’t keep their hands off each other.

“We all remember being young. It’s longer ago for some of us than others but there are hormones. When you’re young the world is there for you to take.”

At that point, Susanna interjected to ask: “Are you suggesting that it’s young people kissing each other and being intimate that is the problem?”

To which Nina replied: “I’m saying young people don’t seem to understand anything about social distancing.”

She also said that the Government’s mixed messages were part of the problem.

The social media clip comes after Holly and Phil discussed the impact coronavirus has had on the sex industry.  Ahead of their interview with sex doll manufacturer Jade Stanley, the...
Read more
Celebrity

Helen explained: “I have really enjoyed lockdown, I know it's awful to say because some people have had a difficult time, but I'm one...
Read more
Celebrity

Us Weekly Staff Mom power! Check out these A-list mothers who proudly show off their breastfeeding skills -- and their adorable babies, too Source:Us Weekly
Read more
Celebrity