Susanna Reid speaks out on horror amid Streatham terror attack:... 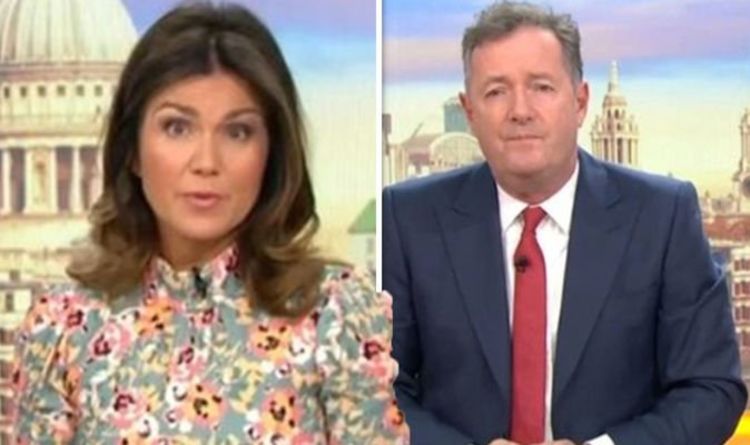 Good Morning Britain host Susanna Reid, 49, revealed Sunday’s attack took place “on her doorstep” and she ran down to the scene after spotting a police helicopter hovering close to her house. The television broadcaster admitted bystanders were left “stunned” by the unsuspecting violence.

During her appearance on the ITV show today, the small-screen star admitted going down to Streatham High Road just moments after Sudesh Amman’s knife attack.

The 20-year-old had previously been serving a three-year and four month sentence for terror offences.

Susanna explained: “So this happened, I have to say, right on my doorstep…

“I saw the police helicopter up in the air and then we realised something was happening went onto social media and of course then discovered this was happening just a couple of minutes away from where I live.”

Speaking to her co-host Piers Morgan, Susanna then showed pictures she took at the scene.

“This is the Lidl supermarket. People were gathered absolutely shocked to see… four heavily armed police officers in the wake of what happened.

“People were shocked, stunned, frightened…there were local residents who couldn’t get back into their homes… [they] didn’t know if the threat was still going on.”

At the time, the Metropolitan Police tweeted: “Three people are known to have been injured in the Streatham attack earlier.

“One person is at a hospital in a life-threatening condition. We are in the process of informing their family. A second victim was treated for minor injuries at the scene before being taken to hospital.”

They finished: “A third victim has been taken to hospital – their condition is not life-threatening.”