Susanna Reid ‘too embarrassed to leave room’ after backstage fail... 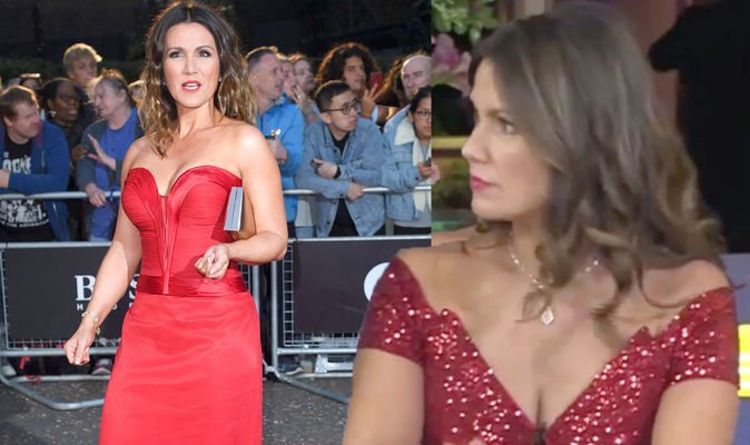 Susanna Reid has revealed her behind-the-scenes issue, which happened just hours before she went live to cover the Oscars 2020 for Good Morning Britain. The ITV broadcaster had been “stressing” about the very thing that caused her issues.

Speaking in her latest Daily Mail column, the 49-year-old detailed her secret woes after her very glitzy appearance on the daily news show.

She said she was turned a “dark shade of mahogany” ahead of her big moment, in an epic fake tan fail.

Susanna explained what happened in the lead up to the instalment, which they first did from a Tinseltown hotel last year to great success.

She has explained: “Despite stressing that I want to be golden rather than orange, I emerge a dark shade of mahogany.

“… I am too embarrassed to leave the room all day.”

However, thankfully “after a shower” Susanna said her red carpet ready look was more bearable but a snub soon followed.

She continued: “I’m more recognisable. I go downstairs, but find part of the lobby is cordoned off for a Chanel party.

“Of course, Piers has an invitation and I don’t. While he sips champagne with Margot Robbie, I’m behind the cordon waiting for my cab.”

Susanna added, before quoting her guest: “Things have been tough for Sharon… it was clear on Oscars night that [she] has been putting on a brave face.

“So many celebrities lose their heads in Hollywood, so how does she hold it all together? ‘Family.’”

The former X Factor judge had said on the day that the programme was a “lovely distraction from everything”.

Susanna had wowed in red for the TV event, in a show-stopping, all-sequin dress with off-the-shoulder detail.