‘Sussexes throwing down the gauntlet’: Source ‘close to’ Harry criticises... 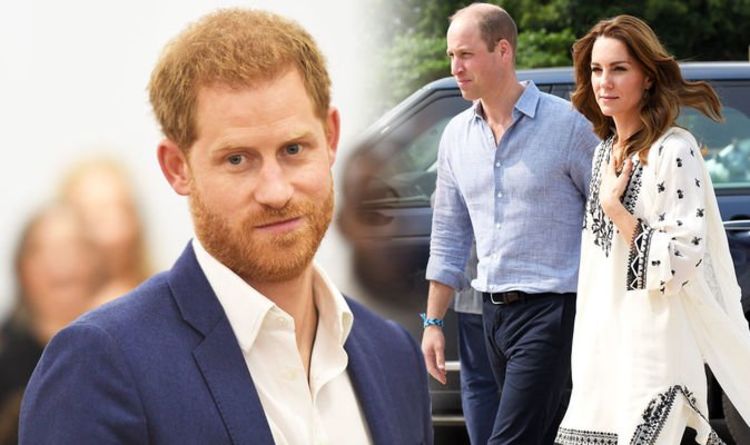 Dan Wootton told Christine Bleakley on Lorraine today: “Sources close to Harry told me last night ‘Harry is back at Frogmore Cottage and has never been stronger.’”

The celebrity news columnist noted: “This seems like a direct repost to claims he is fragile, made by Prince William.”

In what is becoming somewhat of a back and forth, sources directly from the palace told the BBC in recent days Prince William is “worried” and hopes his brother and sister-in-law “are all right.”

The source said there was a view within the Royal Family that the Duke and Duchess of Sussex were “in a fragile place”.

Dan went on to add “sources close to Harry” have made another comment.

Dan stated the insider had said: “This (the Royal Family) is an institution full of people panicked they may potentially look out of touch and ultimately to blame for a lack of support.”

The Australian journalist told the stand-in presenter on the ITV show: “This is the Sussex’s throwing down the gauntlet.”

It comes after another claim was made a source close to Harry and Meghan, claiming they have “single-handedly modernised” the Royal Family.

The statement was made to US news outlet CNN, which states the source is “close to” the Sussexes.

CNN’s source complained that UK reports of the couple’s woes and media briefings by “palace insiders and friends” were classic examples of “anti-Prince Harry and Meghan hysteria”.

CNN reported: “The source added that the institution around the British Royal Family is full of people afraid of and inexperienced at how to best help harness and deploy the value of the royal couple who, they said, have single-handedly modernised the monarchy.”

Dan Wootton told Lorraine presenter Christine: “There is a degree of fury about his claim, a lot of people saying ‘Hang on, if there is one person who has modernised the Royal Family, it’s the Queen’.”

He compared the news to the actions of Princess Diana before she and Prince Charles split.

Dan said: “This is what Princess Diana was doing before she left the Royal Family, with that interview with Martin Basheer.

“You have senior members of the Royal Family saying we have tired to support Harry and Meghan, we have invited them to events they haven’t come to.”

A body language expert told Express.co.uk how Meghan Markle’s ‘vulnerability’ was clear last night during an event in London.

During their interviews during “Harry & Meghan: An African Journey”, both Harry and Meghan reference news reports about rifts in the Royal Family

Prince Harry did not deny speculation that the two are not as close as they once were. The Duke of Sussex said: “Part of this role and part of this job and this family being under the pressure that it’s under. Inevitably, you know, stuff happens. But we’re brothers. We’ll always be brothers.

Meghan spoke out about negative press and claimed few had inquired after her welfare.

She said: “Not many people have asked if I’m okay, but it’s a very real thing to be going through behind the scenes.”